How the Death of Aereo Impacts Classic Film + TV Fans

I was one of them.

For me, the Supreme Court ruling on Wednesday that the company violated U.S. copyright law by retransmitting broadcasters’ signals without permission – or payment –wasn’t just another bloodless battle of media behemoths. It was a personal defeat that will alter the way I watch television immediately, and in the future.

And, if you’re a fan of classic film and TV you may be a loser, too.

Aereo was founded two years ago by Chaitanya Kanojia and backed by Barry Diller’s IAC, a company that owns more than 150 Internet brands, including Match.com. The service launched in New York in 2012, remotely “renting” subscribers individual TV antennas, miniscule versions of the metallic monstrosities that cluttered the skylines of pre-Cable America. In return for $8 per-month, Aereo streamed local TV channels to a user’s computer, smartphone, or tablet, with the option to watch on big screen TVs via a channel on the Roku Streaming Player, and to record using a cloud-based DVR (with added storage for an additional fee). 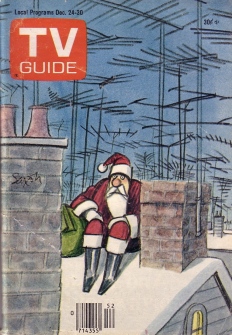 Therein lied Aereo’s defense against the copyright infringement argument: they were selling antennas, not channels. Broadcasters didn’t buy this argument, of course, but Justices Thomas, Alito, and Scalia did in their dissenting opinion (which puts me in the unaccustomed position of agreeing with three Conservatives). Issues of legality aside, Aereo was a perfect solution for cable cord-cutters in major cities like New York, where giant sightline obstructions known as “skyscrapers” prevent olde-fashioned antennae from accessing over-the-air TV signals as God (and Philo T. Farnsworth) intended.

But it was the “$8 per-month” part of the equation that caught the attention of broadcasters who, thanks to retransmission consent regulation, can now charge cable providers for signals that are otherwise available over-the-air for free. In some cases, these negotiations have even resulted in local stations being temporarily yanked from cable packages, like the monthlong CBS blackout affecting more than 3 million Time Warner Cable subscribers in New York, Los Angeles, Boston, and Dallas during the summer of 2013. Coincidentally(?) Aereo operated in three of those affected cities, with plans to expand to 22 markets until the Roberts Court altered their strategy.

At this point in our story you may be thinking, “Will, you watch Turner Classic Movies every day. How are you a cord-cutter?” Short answer: I’m not. 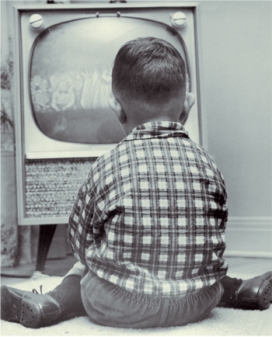 In fact, I may be one of the few Aereo customers who is also a cable subscriber. But here’s the thing about cable providers like the soon-to-be-merged Time Warner and Comcast and an ever-consolidating number of others: they’re required to carry full-power, broadcast TV stations in the markets in which they operate if the owner wants them to, but they’re not required to carry the digital sub-channels that many of those stations now broadcast (unless carriage of sub-channels is a condition of retransmission negotiation).

What’s a digital sub-channel? If you watch the classic TV network Me-TV, you already know.

When American television switched from analog to digital broadcast in 2009, the available bandwidth for each channel allowed the station owner to transmit multiple programming streams. What used to be one channel could now be two, three, or a dozen, depending upon image quality (HD vs. standard definition), aspect ratio (16:9 widescreen vs. 4:3), and video compression. But what to air on these hundreds of new channels in the largest land boom in broadcast TV since its invention?

Enter the Digi-Net: turnkey networks available to air in your city at little or no cost to a local station owner (depending upon how commercial advertising revenue is divvied up). Retro TV was born in 2005, followed by This TV in 2008, the national roll-out of Me-TV (which began life as a Chicago independent station) in 2010, Antenna TV and Bounce TV in 2011, COZI-TV in 2012, Movies! TV Network in 2013, and getTV in 2014. All (except Bounce) are primarily programmed with classic TV series or movies that are controlled by the network’s parent, or licensed from third parties at relatively low cost. And more are on the way.

The Digi-Nets are available over the air, as “.2” or “.3” (pronounced “dot two” or “dot three”) sub-channels of local stations that have existed for generations. In New York City, for example: COZI TV is broadcast on 4.2 (a sub-channel of the local NBC affiliate); MOVIES! TV Network is 5.2, multicasting from the Fox affiliate WNYW (not surprising, considering  MOVIES! is half-owned by Fox and programmed with Fox films); Bounce TV (targeted to African-Americans and privately held) is offered by WWOR (which is also owned by Fox) on channel 9.3; Antenna TV is 11.2 and This TV is 11.3, both sub-channels of WPIX (owned by Tribune Broadcasting); and Sony’s getTV classic film network multicasts on channels 41.2 and 68.2, both controlled by Spanish language broadcaster Univision, though getTV broadcasts in English (proving that the Digi-Net and its parent channel can be unrelated). Note: Me-TV on Time Warner Cable in New York is a direct feed from the network, not a retransmission of a local sub-channel, as it is in most other markets.

As of the first of this year, only two of these six sub-channels were available to me on Time Warner Cable in New York City. After unsuccessfully trying to access the others with a $25 pair of Radio Shack rabbit ears, I turned to Aereo. I signed up for a monthly $8 subscription and began watching on my Roku with, in most cases, a reliably clear image on my 52″ TV. I also watched on my laptop, but not while traveling, since the service blocked access to local signals when a user was out of the market. It was seemingly a win-win: I got more choice, the DigiNets got more viewers, and we both avoided a cable gatekeeper. But it was not to be.

Time Warner has since added getTV to their lineup, but the death of Aereo means I lose This TV, Bounce TV, and MOVIES! – and the programming they control. If, like me, you watch TCM on a regular basis, you have already seen the impact of the rise of the digital sub-channels, with certain films no longer being available to license, or airing less frequently. This will likely only get worse, as more Digi-Nets launch and seek to stand out in an increasingly competitive space with exclusive content.

So what are my alternatives? Other than moving somewhere without tall buildings, or becoming a Supreme Court justice, not many. FilmOn is an internet TV provider that repackages some broadcast TV stations using a similar remote antenna/cloud DVR strategy. But, after successfully stillborning Aereo, emboldened broadcasters are likely to be out for digital blood, and FilmOn may be next on the hit list.

While I understand the legal theory behind this case, and even its resolution, it all seems  regressive to me. In an era when on-demand streaming media is redefining the concept of TV, can broadcasters afford to make moves that take eyeballs off their product? Because that’s just what’s happening with me, and potentially you in the future, even if you’ve never even heard of Aereo. How far they could have gone to extend the reach of these specialty channels, and their classic content? Unfortunately we’ll never know.

So goodbye, Aereo. And so long MOVIES! TV Network, This TV, Bounce TV, and any other new broadcast digital sub-channels Time Warner Cable doesn’t think I should see. If you’re looking for me, I’ll be streaming classic movies and TV shows via Netflix, Hulu, and Amazon Prime – whenever, wherever, and however I want.

I'm a New York City-based writer, video producer, print journalist, radio/podcast host, and social media influencer. I've been a guest on Turner Classic Movies (interviewed by Robert Osborne), NPR, Sirius Satellite Radio, and the official TCM podcast. My byline has appeared in Slate.com and more than 100 times in the pages of NYC alt weeklies like The Villager and Gay City News. I'm also a social media copywriter for Sony's getTV and a contributor to four film-and-TV-related books: "Monster Serial," "Bride of Monster Serial," "Taste the Blood of Monster Serial," and "Remembering Jonathan Frid."
View all posts by willmckinley →
This entry was posted in Classic Film, Classic TV, getTV, Technology. Bookmark the permalink.