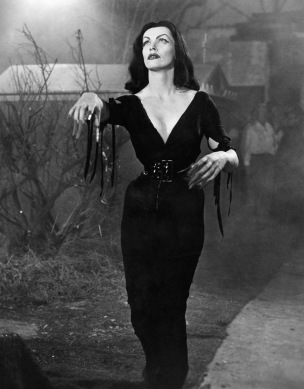 Halloween is like Comic Con for Old Movie Weirdos.

For a few brief weeks, the mainstream sheds its confounding anti-classic bias and embraces our pop culture past. You see it in retro-themed decorations and costumes, old horror movies on TV and in local venues, and in a cultural ubiquity that reminds us how icons actually become icons: they stand the test of time.

Halloween season is a rare opportunity for those of us who love these movies to come out of the classic film closet. It’s also a chance to share our lifelong weirdness with friends and family, and maybe even add to our ranks (while chanting “One of us! One of us!”).

One fan has found a surprising – and delicious –way to pay tribute to the old movies that inspire her. New York based filmmaker and photographer Lisa Stock bakes classic film-themed cakes, and this year’s model celebrates a star of one of the most belovedly low-rent horror/sci-fi mashups ever made.

My friend, we cannot keep this a secret any longer. Let us punish the guilty. Let us reward the innocent…My friend, can your heart stand the shocking facts about a Vampira cake from Ed Wood’s PLAN 9 FROM OUTER SPACE?! 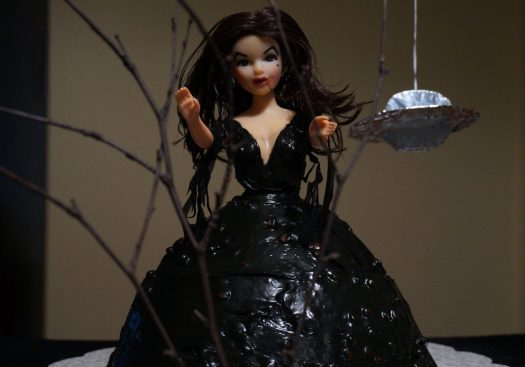 “A flying saucer? You mean the kind from up there?”

WILL McKINLEY: How long have you been a classic film fan?
LISA STOCK: Since I was about 4. No joke. I waited every year for THE WIZARD OF OZ to come on TV at Thanksgiving back in the 70’s. It was more captivating to me than any cartoon or TV show. It’s also why I became a filmmaker.

Do old movies influence your work?
Definitely. I’ve always loved how sci-fi films view the world in metaphor. In the Noir genre, the narrative structure is like no other – how stories and clues and the deep inner-selves of each character unfold and surprise us at each turn. 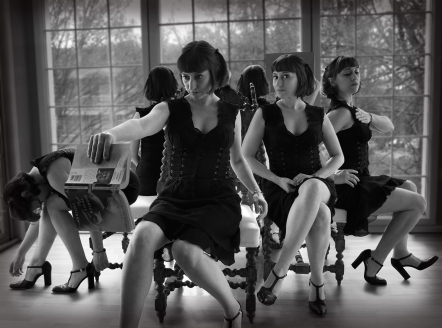 What do you love about PLAN 9?
How can you not love a film that has everything AND Tor Johnson? But what I really love is that Ed Wood didn’t let his (lack of) budget stop him from telling his story. That’s so me, I often create what I need for a film in Photoshop mattes. I’m sorry films have gotten away from “scenery” that looks like scenery, from the cemetery in PLAN 9 to the forest in OZ. One day I’ll make a movie like that.

Are you a frequent baker? Is this your first classic film cake?
I am, but only do big cakes like this for special occasions and holidays. In years past I’ve made cakes of: the BRIDE OF FRANKENSTEIN (my favorite); a Headless Horseman victim from SLEEPY HOLLOW (made a 17th century dress and took the head off); and CARRIE (with all the pig blood, which was delicious). 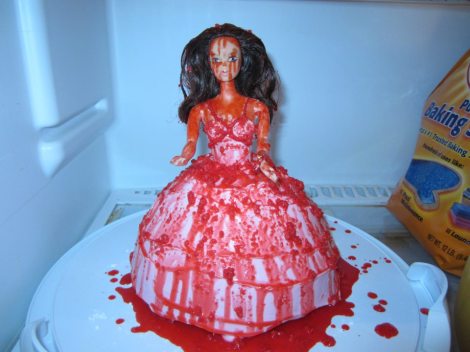 “Red. I might have known it would be red!”

How did you make the PLAN 9 Vampira cake?
It’s a Wilton cake kit. The pan is her skirt (cake part) and the doll is only half a doll. The bottom half of her is a pick that sinks into the cake and holds her upright. The kit box shows mostly princesses and brides. Then there are those twisted bakers like me that take it up a notch.

Is the frosting black? What does black frosting taste like?
Bakers pro-tip: You have to start with chocolate frosting to get black or red, otherwise when you mix your frosting colors, if you use vanilla, you’ll just get grey or pink. So it tastes like chocolate and will make for interesting stained lips and teeth.

Where will you serve it?
I brought it to work! We need a little humor in the office on Halloween, yes? I also brought her flying saucer and tree branches and set it up in the break room kitchen. I printed out pictures of Vampira (aka Los Angeles horror movie hostess of the 1950s Maila Nurmi) and taped them to the cabinet above the cake in the break room. 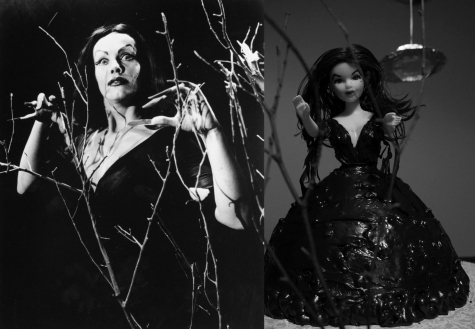 “We are all interested in the future, for that is where you and I are going to spend the rest of our lives.”

Any advice for other classic film fans who like to bake?
DO IT!  I want to see them. There are so many characters that are fitting for doll cakes. I mean, if Mattel can make a Hitchcock THE BIRDS and Ann Darrow KING KONG Barbie – both of which I own – then we can make anyone out of cake. Don’t let the big skirt deter you. It goes with a lot of classic film ladies.

Have your cakes made any classic film converts?
I hear people say, “Oh my kids would love this.”  Yeah, sure. Use them as an excuse, whatever gets you to watch the film and give it a chance! Then that leads to you watching another movie in the same genre and so on. And before you know it, we’re talking about THE DAY THE EARTH STOOD STILL or THE LADY VANISHES over the water cooler.

So, your Halloween cakes are like a gateway drug?
Halloween is just the door by which to show others a whole set of film work that has inspired so many storytellers after them. If anything I create gets someone to dig deeper into the genre, then its been a good day.

I'm a New York City-based writer, video producer, print journalist, radio/podcast host, and social media influencer. I've been a guest on Turner Classic Movies (interviewed by Robert Osborne), NPR, Sirius Satellite Radio, and the official TCM podcast. My byline has appeared in Slate.com and more than 100 times in the pages of NYC alt weeklies like The Villager and Gay City News. I'm also a social media copywriter for Sony's getTV and a contributor to four film-and-TV-related books: "Monster Serial," "Bride of Monster Serial," "Taste the Blood of Monster Serial," and "Remembering Jonathan Frid."
View all posts by willmckinley →
This entry was posted in Uncategorized and tagged PLAN 9 FROM OUTER SPACE. Bookmark the permalink.