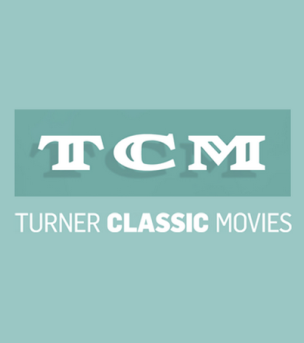 It’s the news classic film fans have been waiting for: you can now watch Turner Classic Movies without cable or satellite.  Sort of.

On Wednesday, Sony launched PlayStation Vue, an Internet-delivered, subscription television service designed to compete with traditional cable and satellite TV. And TCM is one of the 85 channels available to subscribers at launch. But before you pull a Norman Bates on your coaxial cable, be aware that there’s a catch. Actually, there are more catches than there were in ANGELS IN THE OUTFIELD.

Initially, Vue is only being offered in New York, Chicago and Philadelphia, with plans to “expand to new cities” at some, as yet undetermined, point. And the service is only available via Playstation video gaming consoles (specifically the PS3 and PS4, which retail for between $220 and $399), with iPad support expected “shortly.” And Vue is only accessible in the subscriber’s home so, while you can unplug your PS4 and carry it to your buddy’s house, your TV won’t come with you.

If you decide to cut the cord and sign up for Vue, you’ll still need broadband Internet (like you do with any other over-the-top video service, such as Netflix, Amazon Instant, Hulu, etc). And while Turner Classic Movies is available, it’s not included in Vue’s basic, 54-channel “Access” programming package ($49.99 per-month). Oddly, TCM is bundled in the $59.99 “Core” tier with three other channels – all of which are sports-related: the Big Ten Network, the Golf Channel, and a regional sports channel (the Yankees’ YES Network in New York, Comcast Sportsnet Philly, or Comcast SportsNet Chicago). Ben Mankiewicz’s frequent references to baseball must have confused somebody at Sony.

Vue’s highest-tier “Elite” package offers all 85 channels (including TCM) for $69.99, and all tiers include a cloud-based DVR with unlimited capacity. There’s also a “catch up” feature, which allows you to watch any show or movie that’s aired within the last three days. If TCM supports this functionality – and that’s not yet confirmed – it would essentially make the last 40 or so films broadcast on the channel available on-demand, roughly half as many as are available at any time on the Watch TCM app. (No word yet on whether access to the app will also be available to Vue users for remote viewing, as it is to most authenticated cable and satellite subscribers.)

Update 7/16/15 – Vue’s “Catch up” feature is not available with TCM, and Vue does not support the Watch TCM app.

If your love for classics also extends to TV shows, NBC’s nostalgia-themed COZI TV is included in all Vue tiers. The only other way to get COZI is in the markets that carry it as a broadcast digital sub-channel, or part time on DISH Network and AT&T U-Verse. (I explain sub-channels here.) COZI also occasionally airs classic films that are controlled by Universal, including pre-1950 Paramount titles.

Now, let’s run the numbers for folks who decide to give Playstation Vue a try.

With a monthly subscription fee of $59.99 paid to Sony, plus at least $40 for decent speed (10-megabit or more) broadband service paid to, you guessed it, your local cable provider (those bastards!) your monthly cost will net out at about $100. That may be a little less than you’re paying now for a basic cable/broadband package, but probably not much (although you’ll also be getting a gaming console and a full-featured DVD and Blu-ray player in the PS3 or PS4). Further negatives: Vue does not offer any premium movie channels (like HBO or Showtime) and Sony has yet to finalize an agreement with Disney, which means no ABC, ESPN, or any of the Disney channels at launch. (AMC is also not yet available, but is promised in April as part of the Access package.)

Outside of classic film fans who live in markets that don’t offer TCM – which is unlikely in major cities like New York, Chicago, and Philly – Vue, at least as currently constituted, probably isn’t much of an improvement. But, as the first legitimate option for watching TCM without a cable or satellite subscription, it’s an extraordinarily significant development for classic film fans.

What comes next is hard to say, but it’s clear that the traditional cable and satellite business model of large bundles of channels available from a single, local monopoly (or duopoly) is falling apart faster than an IKEA couch.

You’ve probably already seen the headlines. Apple is rumored to be planning an Internet-based, 25-channel cable-buster to launch later this year (viewable via their Apple TV box at a monthly cost of $30-$40) and DISH’s $20-per-month Sling TV service is already available via Roku, Amazon Fire TV, computer, and iOS and Android devices. Oddly, TCM is not offered on Sling, even though nearly all its sister Turner networks are.

With the HBO Now standalone streaming service set to launch in a few weeks (at $15 per month), and a subscription-based Showtime to follow, it’s inevitable that opportunities to access TCM in non-traditional ways will increase. And with the extremely user-friendly Watch TCM (launched in November of 2013), Turner has the basic architecture in place to launch a standalone, subscription based version of TCM. The challenge, as always, will be how to do that without destroying the business model that’s kept the network on the air for the last 21 years.

Playstation Vue is TCM’s first step on the Yellow Brick Road to a streaming future. Hopefully we’ll get to Oz sooner rather than later.

Update 7/16/15 – TCM is now available without a cable or satellite subscription on Sling TV for $25 per month. For more information click here.