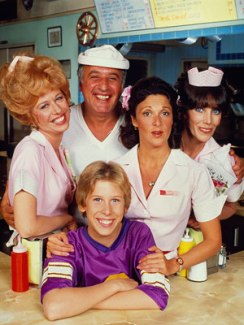 Remember that episode of Alice with Batman’s Adam West as a Sex Ed teacher and Lara Parker – Angelique the witch from Dark Shadows – as a sexually permissive mom?

If you’re under 40, you may have answered “no” to that question, because the 1976-85 CBS sitcom has only been broadcast sporadically in reruns over the past three decades (most recently on the pre-Kardashian E! Channel and Ion Television).

But fear not, nostalgia loving Millennials and latter-era Gen X’ers! Because unlike Mel’s Diner, Warner Archive Instant delivers. The subscription video-on-demand service is now streaming all 24 episodes from the first season of the long-running series, which featured actress and singer Linda Lavin in a role originated by Academy Award-winner Ellen Burstyn in Martin Scorsese’s ALICE DOESN’T LIVE HERE ANYMORE (1974). 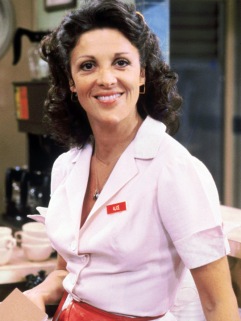 And best of all, the episodes are completely uncut, clocking in at more than 25 minutes. While it’s great news that so many nostalgia-themed digital sub-channels have popped up in recent years, Me-TV, Antenna TV, and COZI-TV often edit classic series in order to squeeze in additional commercials. This can mean as many as three minutes cut from half-hour sitcoms, bringing the running time down to 22 minutes and removing key plot points.

In the case of Warner Archive’s release of Alice (which is also available on DVD, along with seasons 2, 3, and 4), the episodes are likely being seen in their original broadcast length for the first time since their network broadcast. If you’re a longtime fan, that’s a huge selling point. And if you’re new to the show, intact episodes are a far better introduction. 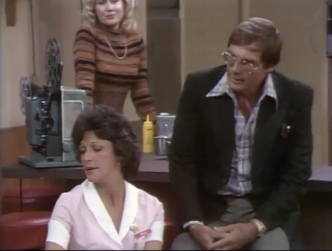 In Sex Education, originally aired on November 6, 1976, single mother Alice Hyatt (Lavin) discovers a picture of a naked lady in her 12-year-old son’s wallet. When Tommy (Phillip McKeon) starts “studying” behind closed doors with a pretty classmate (Michele Tobin), Alice begins to fear that her little boy is engaging in extracurricular activity.  She decides to talk with Tommy’s teacher Mr. Turner (West), who offers to show Alice the instructional film he screened for the class. Alice suggests they use Mel’s Diner, which is convenient, considering that the show only has two sets.

For reasons unexplained by the writers (and probably prohibited by the Phoenix School Board), Alice’s boss Mel (Vic Tayback) and her co-workers Flo (Polly Holliday) and Vera (Beth Howland) also watch the movie, gawking away at the (unseen by us) 16mm footage of seemingly explicit sexual congress. All the while West narrates in tight slacks, disco shirt, and his trademark stoner baritone

“I liked it,” Vera says when the lights come up. “But there really wasn’t much of a plot. 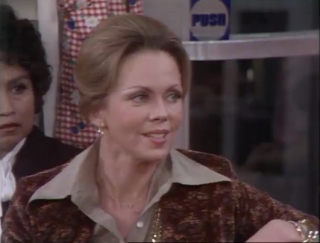 Also in attendance at the diner is Mrs. Randolph (Parker), a mom who has put her 14-year-old daughter on the birth control pill. Alice is horrified at the wealthy woman’s liberal attitude toward sex and takes the opportunity to engage in some down-home moralizing. Demonstrating some of the attitude that made her a formidable foe for Jonathan Frid’s vampire Barnabas Collins, Parker’s character shoots back at our heroine with ferocity in her eyes:

“We have to face the fact that we’re living in the ‘70s.  There’s movies and television and kids are just turned on earlier,” she says.  “My daughter knows what it’s all about.”

Surprisingly, the writers give the last word in this argument to West’s Mr. Turner who schools Alice on her responsibilities to her child.

“Values must come from the home; we can only do so much in education,” he says. “The rest is up to you.”

The episode wraps up with Alice and the notoriously promiscuous Flo giving Tommy a speech about commitment, followed by a hug, in true “very special episode” style. Ironically, Alice waxes poetic about Tommy’s late father and how much she swooned for him. In Scorsese’s far darker film, Tommy’s dad is a complete asshole whose death is something of a blessing for Alice and her son.

Alice will never be regarded with the same reverence as Mary Tyler Moore, The Bob Newhart Show, M*A*S*H, or even shot-on-video contemporaries like All in the Family and Maude, but it’s a fun workplace comedy with very likeable performers. Polly Holliday is the typical second banana that steals the show, and she and Lavin make a great duo. (Holliday’s short-lived spin-off Flo is also available on DVD from Warner Archive.) 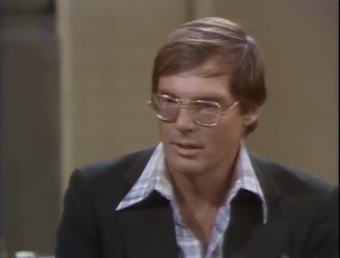 It’s fascinating to see Adam West in 1976, during his post-Batman lean years as a working actor, before his icon status took hold. And it’s a real treat to see Parker, who turned on every Dark Shadows fan – male, female, straight, and gay – with her evil vulnerability as Angelique. She had a thriving career in film and episodic TV after Dark Shadows ended in 1971 and she should be better known than she is. (Today, she’s an author of novels that continue the exploits of her most famous character.)

This was such an interesting time in TV, as writers tackled previously taboo topics sometimes with a light touch, and sometimes with a heavy hand. If you can look beyond the ugly 1970s videotape (which looks better here than it probably ever has before), there’s a lot to learn about television and its impact on the national conversation 40 years ago.

Plus, there are plenty of dirty jokes from Polly Holliday to keep the grits nice and light. So start enjoyin’, cause life’s too short. 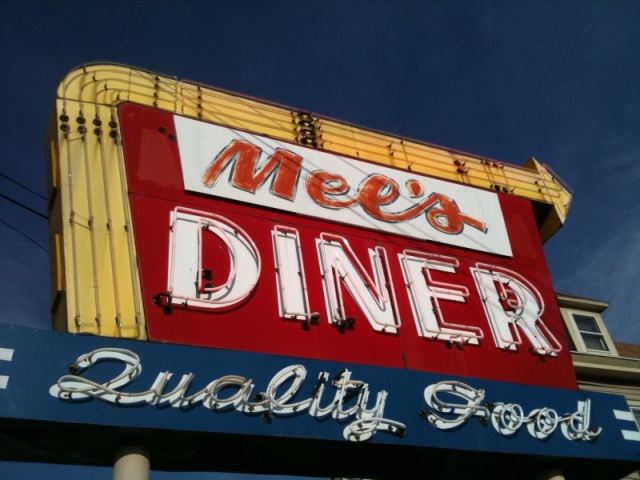