Posted on September 26, 2020 by willmckinley

What’s been your coping mechanism during the pandemic? For me, it’s been silent movies.

The Silent Comedy Watch Party — a live YouTube stream of silent shorts accompanied by Ben Model on piano, with commentary from Steve Massa — has become a Sunday afternoon habit since the spring. Recent virtual screenings from CineCon and the Niles Essanay Museum have been a delight. And I already have my pass for the Pordenone Silent Film Festival — on-line this year for less than $12!

“Enjoy the silence,” Pordenone suggests on their website (thanks Google Translate!) and I have almost daily — a welcome respite from bad news

So I was thrilled to hear that silent film historian John Bengtson has launched an effort to recognize the three geniuses of silent comedy: Charlie Chaplin, Buster Keaton, and Harold Lloyd. Bengtson, author of books on the filming locations used by these comedy gods, seeks to christen a pedestrian alley in the heart of Hollywood as Chaplin Keaton Lloyd Alley. This unassuming byway just south of Hollywood Blvd. was a location for Chaplin’s THE KID (1921), Keaton’s COPS (1922), and Lloyd’s SAFETY LAST! (1923).

“This is the most unique confluence of stars and locations I’ve ever found,” Bengtson said of the location, which has also been used by filmmakers as diverse as Harry Houdini, Lois Weber and Tim Burton. Here’s his video explaining the initiative:

If you’d like to support John’s effort to make Chaplin Keaton Lloyd Alley an “international destination” for film lovers, here’s what you can do:

• Watch the video and give it a thumbs up;

• Leave a review of the alley on Google Maps (I wrote “As more and more of film history is lost to time, this spot endures. Recognize it!”)

• Share this project with fellow film fans on your social channels.

The more you spread the word, the more these men are likely to be recognized by a city they helped make famous. And hopefully, once this profoundly unfunny moment in history is over, we can all meet up there during a film festival. 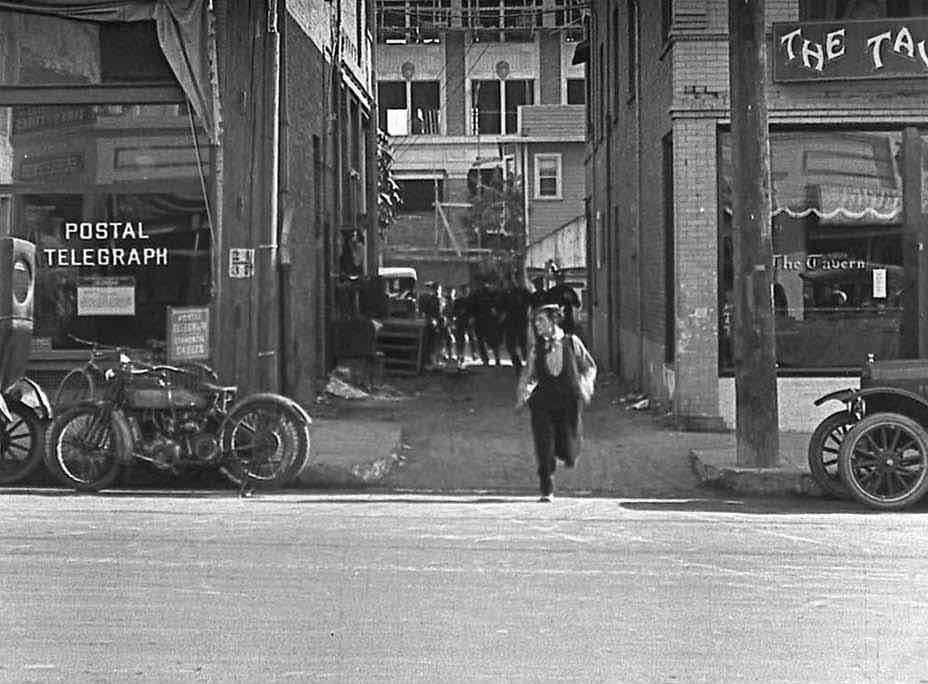 I'm a New York City-based writer, video producer, print journalist, radio/podcast host, and social media influencer. I've been a guest on Turner Classic Movies (interviewed by Robert Osborne), NPR, Sirius Satellite Radio, and the official TCM podcast. My byline has appeared in Slate.com and more than 100 times in the pages of NYC alt weeklies like The Villager and Gay City News. I'm also a social media copywriter for Sony's getTV and a contributor to four film-and-TV-related books: "Monster Serial," "Bride of Monster Serial," "Taste the Blood of Monster Serial," and "Remembering Jonathan Frid."
View all posts by willmckinley →
This entry was posted in Uncategorized and tagged #BusterKeaton, #CharlieChaplin, #HaroldLloyd, #SilentFilm. Bookmark the permalink.