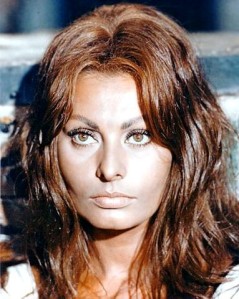 In an update posted to the TCM Classic Film Festival website, TCM revealed that the previously scheduled Robert Osborne interview with Sophia Loren at TCMFF will instead be conducted by Edoardo Ponti, Loren’s son with producer Carlo Ponti Sr.

Ponti directed his mother in the 2014 short film HUMAN VOICE, which was screened at last year’s Cannes Film Festival with Loren in attendance. He also wrote and directed BETWEEN STRANGERS (2002), in which Loren co-starred with Mira Sorvino, Debra Kara Unger, Pete Postlethwaite, and Klaus Maria Brandauer. (This news was first reported by Christy Putnam.)

In addition, Ben Mankiewicz will fill in for Osborne at the Wednesday, March 25 TCMFF “Preview Event” with Angie Dickinson in the Blossom Room (site of the first Academy Awards) at the Hollywood Roosevelt Hotel. Admission to this event is $25 and it’s open only to Citi customers. On the event website Citi says “Due to medical reasons, Robert Osborne is no longer able to host this event.” 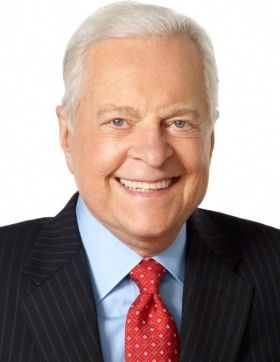 Turner Classic Movies announced today on Twitter and Facebook that primetime host Robert Osborne, the face of the network since its launch in 1994, will not attend the TCM Classic Film Festival in Hollywood next week, due to a “medical procedure.”

In a letter from the 82-year-old host to attendees of the network’s sixth annual classic film confab (which kicks off next Thursday) Osborne writes, “I’ve been putting off a minor health procedure (as everyone tends to do now and then). I planned to take care of it as soon as the Festival was over but my doctor said, ‘enough already, Osborne. Let’s get this done now so that sooner rather than later you can get back to introducing movies on TCM.'”

In addition to emceeing the opening night 50th anniversary tribute to THE SOUND OF MUSIC with guests Julie Andrews and Christopher Plummer, and many other of the festival’s highest profile screenings, Osborne was also slated to interview Oscar-winning actress Sophia Loren for a special to be broadcast next year. Osborne has conducted his Live from the TCM Classic Film Festival interviews in each of the TCMFF’s first five go-rounds, with those specials subsequently airing on the channel and getting a DVD release. 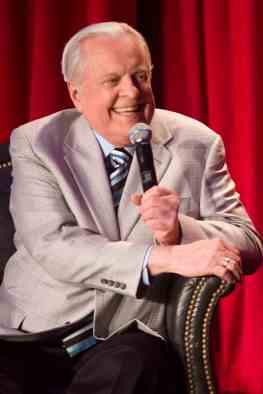 No word yet on who will cover Osborne’s duties on-site, which were also expected to include daily primetime wrap-arounds and interviews recorded in a lobby studio at the Hollywood Roosevelt Hotel and appearances at events for top-tier Spotlight passholders. (Those passes – priced at $1,649 – sold out in early December, just three weeks after they were announced.)

How (or if) Osborne’s medical treatment will impact his on-air appearances on the channel is also unclear, though a brief convalescence would likely not be noticeable to viewers, due to TCM’s practice of pre-taping wrap-arounds several weeks in advance.

While the abrupt nature of this announcement, just days before an event that is heavily promoted as an opportunity to meet and interact with Osborne, is worrisome to fans of the channel (this one in particular), it’s also not the first time that health issues have taken him out of the spotlight.

In July of 2011, TCM announced that Osborne would be taking a three-month hiatus for minor surgery. That leave of absence ended up being longer than expected, with the beloved host returning to air December 1. Primetime hosting duties were filled for nearly five months by a parade of guest stars, beginning with actors Robert Wagner, Tippi Hedren and Jane Powell, and including stints from Rolling Stone film critic Peter Travers, singer Chris Isaak, New York Magazine critic David Edelstein, film historian Donald Bogel and actresses Lorraine Bracco, Winona Ryder and Illeana Douglas. When Osborne did finally return, fans responded with expected enthusiasm, and the groundswell of emotion received national press coverage.

A year later, in August of 2012, TCM again announced that Osborne would be “taking some time off,” this time offering no expected duration. That on-air hiatus lasted from August 30 until October 1, with Osborne explaining in a letter posted on the TCM website that his absence was actually a “vacation,” due primarily to his increasing workload at the network. Osborne’s note made only an oblique reference to health, suggesting that his new schedule would allow him to “occasionally sleep and stay as healthy as possible” for non-broadcast responsibilities, like the TCM Film Festival and the annual TCM Cruise.

The on-air configuration of the network changed during that period, with Mankiewicz’s role expanded from weekend daytime host to fellow primetime host. Mankiewicz took over Tuesday nights, Friday nights, and Silent Sunday Nights and TCM Imports in the overnight hours on Sundays. (He later ceded Friday nights to guest hosts under the TCM Spotlight banner of themed programming.) TCM also changed the nature of how their hosting segments were shot, with Mankiewicz moving into a newly designed set at the TCM studios in Atlanta and Osborne’s segments now being recorded in New York (where he is based).

And this year, though no official announcement was made, Osborne has been absent from the channel on a handful of nights, with Mankiewicz hosting in his stead. (On those occasions, Mankiewicz said he was “in for Robert Osborne” or that Osborne “has the night off.”) 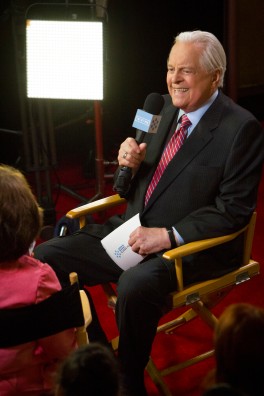 Though Osborne will be absent from this year’s TCM Classic Film Festival, his presence will undoubtedly be strongly felt. And blogger Elise Crane Derby reports that attendees will be able to offer their “get well” wishes to Osborne via a mailbox at the festival information desk, outside of Club TCM in the lobby of the Roosevelt Hotel.

Finally, on a personal note, the prospect of meeting Robert Osborne and my fellow classic film fans in person at the first TCMFF in 2010 got me through a life threatening illness and open heart surgery in December of 2009. I know I’m not alone in that sentiment, as countless viewers have reported that Osborne has been a comfort in times of sickness and difficulty. That speaks to the unique qualities of the man and the channel he represents, and I know I join with all TCM viewers in hopes for his speedy and complete recovery. 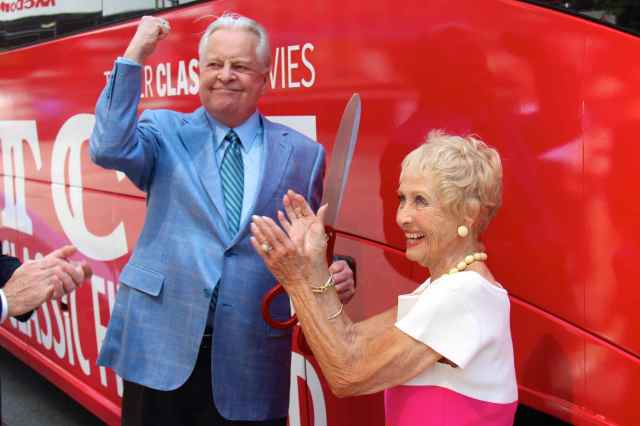