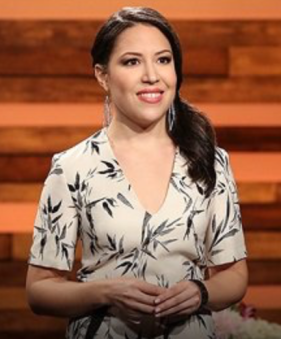 It’s a story right out of the movies: plucky newcomer dances her way from the chorus to center stage. And where else but TCM would a classic movie dream like that become a reality?

Turner Classic Movies announced today that Tiffany Vazquez, the winner of the TCM Ultimate Fan Contest in 2014, will be the new host of the channel’s Saturday daytime programming block. The 29-year-old joins Robert Osborne and Ben Mankiewicz as just the third on-camera host hired in the network’s 22-year history and the first woman.

Beginning in June, Vazquez will provide intros and outros for a collection of iconic titles airing between noon and 8 p.m. Eastern on Saturdays, including REBEL WITHOUT A CAUSE (1955) on June 4, RIO BRAVO (1959) on June 11, ON THE WATERFRONT (1954) on June 18, and DARK PASSAGE (1947) on June 25. She’ll typically host three or four films each Saturday and her introductions will also be available on the Watch TCM streaming app for a week after broadcast.

Vazquez first came to TCM’s attention two years ago when she was one of hundreds of fans who submitted a video for a contest celebrating the channel’s 20th anniversary. Her winning entry was a black-and-white intro for Jules Dassin’s THE NAKED CITY (1948), wherein the New York native waxed noirish about the film in a trench coat, while the city skyline loomed behind her. TCM judges were impressed with her “content, staging, and creative use of effects, which resulted in the video looking like the movie.”

Vazquez went on to introduce the film at the TCM Classic Film Festival in April of 2014 and again on-air a few days later with venerable host Robert Osborne. She also emceed a month of relationship-themed films as part of the network’s Spotlight franchise in December of 2015 and was a roving correspondent at the 2016 edition of the film festival last month. 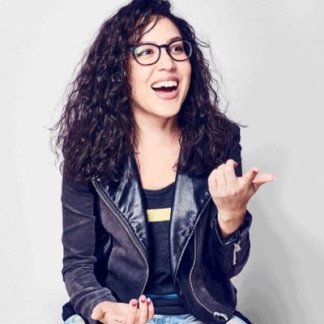 While actress and author Illeana Douglas has become a popular fixture on the channel and at the film festival (and hopefully will continue to be so), Vazquez will be the first female on-camera personality with a regular presence on TCM. She’s also the first person of color to be a TCM host and the youngest in the channel’s history. Ben Mankiewicz was 36 when he joined the channel in September of 2003 and Robert Osborne was 61 when TCM launched in April, 1994. As regular viewers know, Osborne has been off the air for some months tending to a “health issue.” At the Meet TCM staff panel that kicked off the 2016 TCMFF, V.P. of Studio Production Sean Cameron had this to say about the patron saint of classic film:

“He’s doing really well. He’s in good spirits. He’s just got more he’s got to do and a little more time off. But we’re working with him and we’ll have him back on the air soon.”

While Vazquez may be younger face than some TCM viewers are accustomed to, she comes to her new role with a background in film scholarship, including a graduate degree from New York University in cinema studies, a day job as a senior editor in charge of film content for GIPHY, and a past position at the Film Society of Lincoln Center. She also brings with her the infectious enthusiasm and hunger for knowledge that unites classic film fans of all ages.

“TCM does an incredible job in giving you an education; for me it was a secondary film education,” Vazquez said in a video released by TCM today. “It’s just amazing to me that I can get to do this. It’s really, really a dream come true.”

Incredibly excited to welcome Tiffany Vazquez, @filmiliarface, to @TCM. Look how excited she is just to be near me. pic.twitter.com/WHsrAqiDWC