Posted on January 9, 2016 by willmckinley

Turner made lots of announcements this week at the Television Critics Association Winter Press Tour in Pasadena. Sadly, one piece of news TCM viewers have been waiting for – an option to subscribe directly, without committing to other channels they don’t watch – was not among them.

Don’t blame me. I said a novena to the patron saint of television and even lit my Golden Girls votive candles. But the lack of TCM news from TCA is not surprising. TCM’s unique status as a commercial-free, non-premium cable TV network – the last in the Turner portfolio after Boomerang became advertiser-supported in 2015 – usually leaves it out of the headlines at events like this.

But there is some good news for classic film fans who made a resolution to cut the cable cord in 2016. And it may radically alter the way many viewers watch TCM.

Sling TV, the broadband TV service from Dish Network, has quietly added dozens of on-demand movies to its TCM channel. (I wrote about TCM’s launch on Sling in June of 2015 here.) In addition to the live broadcast feed, Sling now offers more than 80 films that aired on the channel in the last 7 days, on-demand. For the same $25 per-month subscription fee, Sling customers can now access what is, essentially, a full week of programming, with the same hosted intros from Robert Osborne and Ben Mankiewicz that appeared on-air. And, best of all, with a streaming player like Roku, these films can be viewed on your TV, in high definition, with DVR functionality.

If you’re thinking this sounds a lot like a TV version of Watch TCM, the streaming app that launched two years ago, you’re right. With a handful of exceptions, Sling now offers the same on-demand titles as Watch TCM. (As of this writing there are 90 films on the app, and 84 on Sling.) But the Watch TCM app has previously only been accessible on mobile devices and computers; if you wanted to Watch TCM on your TV, you were in the wrong gin joint.

Sling TV changes all that. Don’t like what’s on in primetime tonight? Just watch that obscure film noir that aired at 4 a.m. Don’t think TCM should air movies released after 1970/80/90/whenever? Don’t watch them. With a week’s worth of movies on-demand on Sling, you can self-program TCM to reflect your own definition of classic, with the network’s expert content curation at the core.

Loyal Cinematically Insane readers (hi Aunt Margaret!) may get an odd sense of déjà vu from this news. In September of last year, the network announced plans to make the Watch TCM app available for viewing on TV (by cable and satellite subscribers who pay for the channel) via the Amazon Fire TV streaming player. That offering was promised “soon,” but so far nothing else has been said about it. And trust me, I’ve asked. So unless I’ve missed something, it looks like Sling has leapfrogged ahead of Amazon with this exclusive functionality.

Updated 1/19/16 – Multichannel News columnist Jeff Baumgartner reports that Amazon and TCM are still “working out some of the technical aspects” of Watch TCM on Amazon Fire TV, which may explain the delay in launch. No word yet on when it will go live. Thanks to reader “What in the World?” for this update. 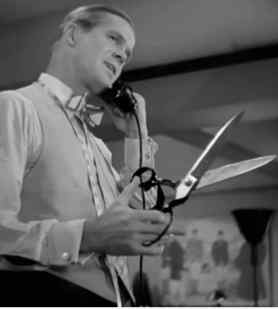 For classic film-loving Time Warner Cable customers, this is particularly welcome news. Of the 25 largest cable and satellite providers in the U.S., TWC and their Bright House affiliate are the only ones not currently supporting the Watch TCM app. Now, TWC customers who cut the cord and switch to Sling TV can get the vast majority of the Watch TCM content on Sling’s mobile app and choose from on-demand options while watching on TV – all for less than they’re currently paying Time Warner Cable. (Note: you’ll still have to pay your local cable provider for broadband, because that’s how monopolies work.)

Sling has been experimenting with on-demand options for TCM for months now. At least 45 films were made available as far back as September 3, but disappeared without explanation soon thereafter. Others have come and gone since, but this is the first time on-demand offerings have remained on Sling for an extended period, and been refreshed as TCM’s traditional week-long streaming windows expire.

Which brings me to the only downside of TCM on Sling TV: rights issues.

When TCM licenses a film, the channel must negotiate multiple types of rights, including broadcast, live streaming, and on-demand streaming. Although Sling TV carries TCM’s broadcast feed, they deliver it via the Internet, which makes them a streaming venue. If TCM cannot secure streaming rights to a film, Sling TV’s feed will be blacked out for the duration of the movie. When this happens on the Watch TCM app’s live feed (for the same reason), viewers have the option of selecting another film on-demand. But Sling TV subscribers have been dead in the water. Until now. 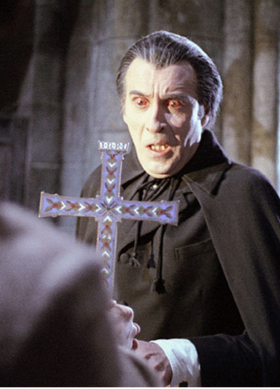 To be clear, blackouts are rare, but they may happen that one time you really want to watch something. Sling TV subscriber (and TCM Party Twitter host) Joel Williams tells me it’s only “2-3% of the time during primetime.” I first noticed this issue when the network altered its schedule for the TCM Remembers Christopher Lee marathon last June. A number of films were unavailable on Sling that day, owing perhaps to the last-minute nature of the scheduling or demonic possession. I can’t really say for sure.

Remember: not every film airing on TCM is made available to stream on-demand on Sling, even if it aired live on the service during the initial broadcast, and even if it’s available on-demand on the Watch TCM app! (Of the eight films available on the app today but not on Sling, six are controlled by Warner Bros or Criterion, rightsholders that have their own subscription video-on-demand venues.)

Don’t ask me to explain this stuff; TCM has people who are paid to understand the spiderwork of digital rights and clearances, and I’m not one of them. But, as a Sling subscriber for the last eight months, I can tell you the blackouts are a minor drawback. Plus, Sling offers TCM films on-demand as soon as the live broadcast ends (on the app you have to wait three hours). That’s nice when you tune in to a film in the middle, get hooked, and want to re-watch from the beginning as soon as possible.

Is Sling TV right for you? Ask your doctor. Seriously, it depends on what you watch. Or, in my case, what my significant other watches when I’m not making her watch TCM.

With channels like AMC, Cartoon Network, CNN, Disney, and TNT, the $20 “Best of Live TV” package provides a compelling alternative for folks who want to narrow the cord but not sever it completely. And when you add the $5 “Hollywood Extra” option with TCM, Sundance and four EPIX channels, you’ll have as many movie options as some basic cable packages offer.

And no disloyalty to TCM, but EPIX will tempt the hell out of you with hundreds of movies each month, including many classics, all without commercials and available on-demand. There’s also the option to add HBO and to test drive the service with a seven-day free trial. But I’m not a Sling salesman, so I’ll let you take it from here.

Sling may not be the TCM-only subscription model we’ve been waiting for, but it’s the closest we’ve gotten so far. And even with its occasionally wonky functionality and a somewhat clunky user interface, Sling TV may now be the best, most cost-effective way to watch TCM. Anywhere.

How’s that for a nice way to start off the new year?

Sling TV is available in the U.S. only. For more information, visit the website. 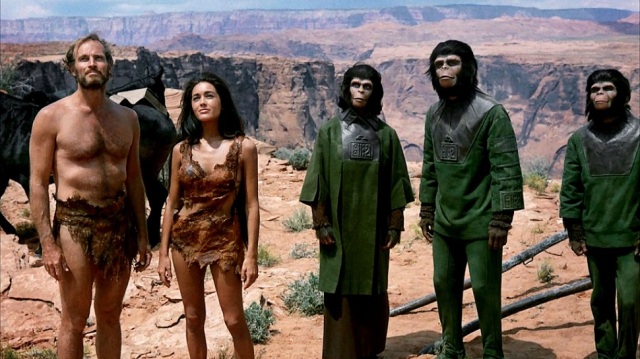