Posted on October 2, 2015 by willmckinley 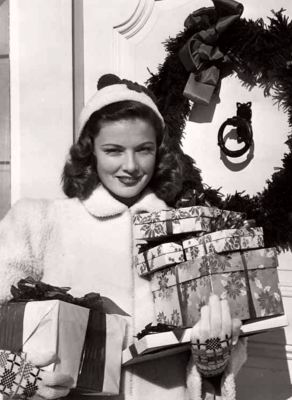 On Thursday night at the New York Film Festival, Fox chairman Jim Gianopulos announced that the studio will celebrate its centenary by making 100 classic movies available to buy or rent digitally in high definition for the first time ever. The films in Fox’s Century of Cinema series range from the 1920s to the 1990s, but the vast majority are pre-1950 releases – many unavailable since their original release.

Gianopulos made the announcement at Lincoln Center’s Alice Tully Hall before a screening of Ernst Lubitsch’s HEAVEN CAN WAIT (1943), one of seven Fox restorations presented at the 53rd edition of the NYFF. All seven have been restored in conjunction with Martin Scorsese’s Film Foundation, which celebrates its 25th anniversary in 2015. (Scorsese also participated in a Q&A following the film.)

“At 20th Century Fox, we consider ourselves custodians of the great legacy of filmmakers past and present, and we owe them out best effort to restore and protect their work and to make their films accessible to new audiences,” Gianopulos said. “That’s a responsibility my colleagues and I accept with pride and devotion.” 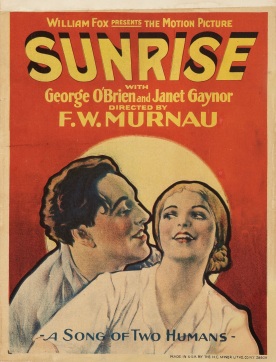 The Fox 100 digital releases are enough to make any classic film fan weep with joy. Ten are from the Silent Era, including F.W. Murnau’s SUNRISE: A TALE OF TWO HUMANS (1927), an Oscar winner at the first Academy Awards in 1929. One-third of the titles are from the 1930s, with nearly 20 coming from the Pre-Code Era. At least ten of the films have never before been on home video in any format, including five from director Raoul Walsh and one from John Ford (MEN WITHOUT WOMEN). Selections include silent films (with Fox’s original Movietone soundtracks), musicals, comedies, dramas, historical epics, films noir, the first movie ever shot in CinemaScope (HOW TO MARRY A MILLIONAIRE), the only Shirley Temple film not on DVD (POOR LITTLE RICH GIRL), and the feature film debuts of Judy Garland (PIG SKIN PARADE), the Three Stooges (SOUP TO NUTS), and Marilyn Monroe (SCUDDA HOO! SCUDDA HAY!)

And all have been re-mastered in HD, an increasingly important requirement for collectors and the best way to inspire sampling from a new generation of viewers.

The first ten films in the Fox 100 series are already available for digital rental or purchase on a dedicated iTunes page (some titles are also streaming at Amazon), with the remainder expected in periodic releases in the coming weeks. Titles typically rent for $2.99 for a standard definition stream or $3.99 for HD, with most available to own for $9.99. Once you rent a film, you have 30 days to start watching and 24 hours to complete it after clicking play. Purchased films can be viewed any time (via streaming) or anywhere (including offline, via a digital download to your device).

“I like to watch movies on my TV, not my telephone!” I heard a naysayer grumble on the way out of Alice Tully on Thursday. And while I fought the temptation to evangelize in person, let me say this here (even though most of you know it already): buying or renting a film digitally does not mean you have to watch it on a computer, tablet or smartphone. Films available digitally in Fox’s Century of Cinema series can be viewed on your TV in HD via easy-to-use streaming players like Apple TV, Roku or the Amazon Fire TV. (Use Apple TV to watch iTunes videos, and Roku or Amazon Fire TV for Amazon purchases or rentals.) And once you own a film digitally, you own it. No backsies.

While a handful of these titles have been available on Blu-ray (some in now out-of-print, limited editions from Twilight Time), most are not likely to ever see a physical media release. Though some collectors mourn the move away from physical media, digital distribution may be the best news ever for classic film fans. According to Variety, older films now make up 40% of digital sales, up from only 5% four years ago. HD digital copies also offer far better image quality than standard def, manufacture-on-demand DVDs, and almost always cost less. Plus, they don’t take up shelf space, either in stores or at home.

“It allows you to have more of your catalog readily available, because you put it on iTunes and it stays there,” Mike Dunn, president of 20th Century Fox Home Entertainment, told Variety. “You’re not being judged by how many units it sells.”

As classics continue to get kicked to the curb by Netflix in favor of original programming, accessibility is more important than ever in keeping old movies alive. That’s why mainstream venues like Turner Classic Movies are so important. And for TCM fetishists, this announcement is particularly good news. Fox classics have traditionally not had a high profile on the channel and, while that relationship has thawed in recent years, the Fox 100 digital releases provide an excellent opportunity for TCM viewers (like me) to fill in some holes in our classic film knowledge.

With TCM making their on-demand app available on TV via the Amazon Fire beginning later this year, and 100 Fox classics soon to be available in what Gianopulos called “pristine” form, it’s time for you Luddites to get off the digital fence. Nobody’s going to take our DVDs or VHS tapes away (despite what our spouses and interior decorators might prefer), but I promise you, the ability to watch beloved movies at the touch of a button will change your life. And the more film lovers support these preservation and accessibility efforts, the more once-hard-to-find movies we may be able to see – looking better than ever.

FOX: A Century of Cinema digital releases (all in HD)

Updated 1/21/19 – Fox has released additional titles. Those are now marked AVAILABLE NOW. As far as I can tell, 23 of the 100 films remain unavailable as yet. Those titles are highlighted.

This post was updated October 3 with additional info regarding DVD availability from Lou Lumenick.