On the second day of the blackout that’s depriving as many as one in seven TCM viewers of their daily classic film fix, DISH Network has come up with a “creative” solution to help squelch viewer outrage.

After DISH pulled the plug on TCM, CNN, CNN en Espanol, HLN, TruTV, Cartoon Network, Adult Swim, and Boomerang at 2 a.m. (ET) on October 21, the satcaster began simulcasting similar programming on the blacked out channels. TCM has been replaced by FXM, MSNBC is now simulcast on the channels that previously carried CNN and HLN, and Discovery Family (formerly the Hub) is replacing Cartoon Network and Boomerang.

For as many as 14 million TCM viewers who subscribe to DISH, this is like the gift of a pox covered blanket. Because, while FXM (formerly known as Fox Movie Channel) may have previously been a commercial-free classic film channel, the network now devotes most of its advertiser-supported lineup to recent Fox releases like the Adam Sandler classic DON’T MESS WITH THE ZOHAN (2008). Even worse, many of these films are edited for content. In the case of Adam Sandler “comedies” that may be a gift, but that’s not really the point. 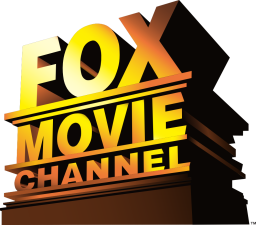 FXM’s relationship with classic film has been more complicated than the plot of THE BIG SLEEP. The channel began life in 1994 as fXM: Movies from Fox, with programming from the 20th Century Fox film library. It was rechristened Fox Movie Channel in 2000 and, for the next 12 years, broadcast films from the mid-1930s through the 1970s during the day, often in cropped or panned-and-scanned transfers that had been created for broadcast TV syndication packages in the pre-widescreen TV days. In primetime, Fox Movie Channel programmed more contemporary classics like THE FABULOUS BAKER BOYS (1989), often with specially created wraparounds featuring Fox executives and guests.

In 2012, the network switched to a 50/50 hybrid format, with Fox Movie Channel during the overnight and daytime hours and the newly branded – and now advertiser supported – FXM in primetime. And, in June of 2014, the channel officially switched to the FXM brand name, while retaining classics from roughly 3 a.m. until 2 p.m. The overnight/daytime lineup was rebranded FXM Retro and remains commercial free (during the films, at least).

You can still find the occasional classic film jewel in the wreckage that remains, but you have to look hard. Because the FXM website makes no reference to FXM Retro, the on-line schedule only begins at 2 p.m., and the TV listings site Zap2it.com doesn’t list the channel at all. There is a dedicated FXM Retro website, but you have to specifically look for it, and it’s not linked to on the main FXM site. This makes FXM Retro America’s only Secret Classic Film Network™. And now, thanks to DISH, it’s coming out of the black-and-white shadows.

While I may joke about this mess, it’s affecting lots of people in a very negative way. TCM fans are a dedicated bunch, and for some, the channel is a companion, a comfort, and even a nurse during times of serious illness. Both DISH and Turner Broadcasting need to get past the gamesmanship and get back to what really matters: the viewer.

Special thanks to Richard Kirkham, Ashley Phipps, Laura Grieve, and Valerie Frederick for their help with this article. For my original post on the DISH blackout, click here.

19 Responses to TCM (Temporarily?) Replaced by FXM on DISH