Screening Report: DUDDY KRAVITZ (1974) – Restored And Ready for a Comeback? 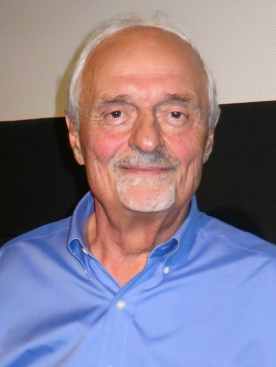 DUDDY KRAVITZ director Ted Kotcheff at Film Forum on May 31, 2013 (photo by Will McKinley)

Like the lead character in his most critically acclaimed film, 82-year-old director Ted Kotcheff still has chutzpah aplenty.

“I said to the producer, ‘If we don’t get a great Duddy Kravitz I’m not making this film!’” Kotcheff told the audience at New York’s Film Forum on Friday, following a screening of his 1974 adaptation of Mordecai Richler’s novel, The Apprenticeship of Duddy Kravtitz.

“One of the difficulties in casting it was, Duddy does some pretty horrendous things,” he added. “He lies, he cheats, he forges checks, he cripples his friend, he betrays this woman – a lot of unsympathetic things. That was one of the reasons it took a long time to find the person to play that part.”

“He opened his mouth and it was electric,” Kotcheff said. “And I was like, ‘You’re cast!”

Set in the years following World War II, THE APPRENTICESHIP OF DUDDY KRAVITZ is a coming of age story about a tireless go-getter trying to make a name for himself in the Jewish ghetto of Montreal. But the specificity of the story and its setting didn’t stop American International Pictures’ Samuel Z. Arkoff from offering constructive criticism when Kotcheff went to him for financing.

“Make him a Greek,” Kotcheff quoted Arkoff as saying. “Set it in Pittsburgh.”

“The whole point of it is, this character is besieged by the Catholic kids! Mordecai Richler, when he was kid, used to have French Canadian kids dancing around him, singing You killed Jesus Christ! You killed Jesus Christ!” the still energetic 82-year-old exclaimed. “That’s the world that he came from. That’s what drives him. He has to scramble for survival. ‘I’ll make it, but you have to move it to Pittsburgh’? I said no.” 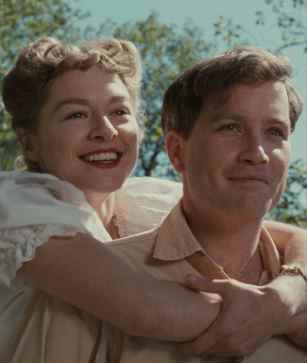 Not set in Pittsburgh, and starring Dreyfuss, French Canadian actress Micheline Lanctot, Randy Quaid, and Jack Warden, THE APPRENTICESHIP OF DUDDY KRAVITZ went on to win the Golden Bear at the Berlin International Film Festival and to score an Oscar nomination (for Richler and Lionel Chetwynd) for Best Adapted Screenplay. Kotcheff and Dreyfuss recently appeared together at the Cannes Film Festival, where a new 2K digital restoration of the film premiered, as part of the Cannes Classics sidebar.

“It was a very bad time in film, in the late ‘60s, all through the ‘70s; Kodak came out with this strange (film stock) and it turned pink,” Kotcheff lamented during his post-screening chat with Film Forum repertory programmer Bruce Goldstein. “My negative had turned pink as well. Any print you made of it was pink.”

Kotcheff said the restoration efforts were led by the Canadian Academy of Film and Television at a cost of $175,000, and that he found the resulting transfer “beautiful.” Goldstein, who also runs Rialto Pictures, a distributor specializing in restorations, agreed.

“It looks better than it ever did,” Goldstein gushed, as Kotcheff nodded in approval.

Before the evening concluded, Kotcheff was asked why he never made a sequel to the popular film, which has been selected twice (in 1984 and ’93) by the Toronto International Film Festival as one of the Top 10 Canadian Films of All Time. He responded in typically frank fashion.

“It got screwed up by Richard; he wanted artistic control. Recently, in Cannes, we were together again and he said, ‘God, we gotta make a sequel.’ And I said, ‘When Mordecai was alive we could have had a great sequel!’” the director recounted, again with obvious frustration. “Certainly we’re thinking about doing it, very seriously.”

“Of course,” Kotcheff replied. “With Richard.”

3 Responses to Screening Report: DUDDY KRAVITZ (1974) – Restored And Ready for a Comeback?