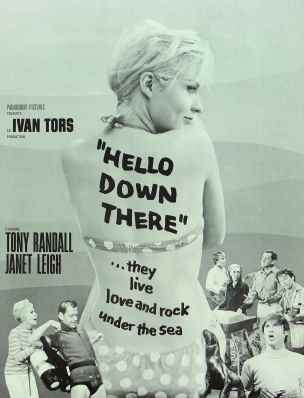 Until now. Thanks to a new manufacture-on-demand DVD release from the Warner Archive Collection, HELLO DOWN THERE has resurfaced for another gasp. And a new generation of viewers can see this delightfully buoyant relic of ’60s popular culture. (EDITOR’S NOTE: If you don’t like nautical puns, you should probably stop reading now.)

Ironically, what capsized HELLO DOWN THERE was probably also what got it afloat to begin with: what they call in Hollywood a “high concept.” Because the band in the film doesn’t just sing, they sing beneath the sea, in an experimental underwater house they commute to via an orange submarine. The members of Harold and the Hang Ups – lead singer Harold (Richard Dreyfuss, yes that Richard Dreyfuss), drummer Marvin (Lou Wagner), keyboardist Lorrie (Kay Cole), and guitarist Tommie (Gary Tigerman) – live on the ocean floor with Lorrie and Tommie’s inventor father (Tony Randall) and writer mother (Janet Leigh), along with a dancing seal named Gladys and a pair of anthropomorphic dolphins called Duke and Duchess. They also have a madcap maid named Myrtle (Charlotte Raye) and a groovy manager (Roddy McDowell, in a Nehru jacket) who employs a go-go boot-wearing scientist (Lee Meredith) and a far-out supercomputer called The Brain Machine. The only thing that stands in the way of their success is their dad’s cigar-chomping boss (Jim Backus) and his hapless henchmen (Ken Berry and Arnold Stang). Oh, and there’s also the Navy sonar man (Harvey Lembeck) who thinks the rock songs are broadcasts from a Communist sub. And did I mention that Merv Griffin shows up at the end?

If it sounds to you like there’s a lot going on in HELLO DOWN THERE, you’re right. There’s so much storytelling potential established in the film’s 97-minute running time that nothing is really explored in any depth, and the film ends abruptly on what might be considered a bizarre cliffhanger (if you’re old enough to care about things like linear narrative).

As I watched the DVD of HELLO DOWN THERE – the first in a series of Paramount releases from WAC following a distribution agreement with Warner Bros. announced last fall – the first thing I thought was, “Is this a pilot for a TV series?” 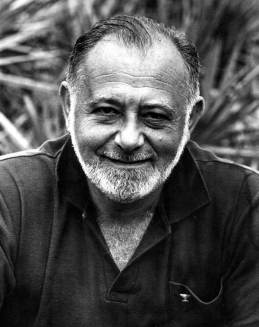 Considering the film’s pedigree, it’s entirely possible. HELLO DOWN THERE was the brainchild of Hungarian émigré Ivan Tors, one of the few producers of family entertainment during the 1960s to give Walt Disney a run for his mouse ears. For more than a decade, Tors had an airlock on kid-friendly television series with aquatic or nature settings, many of which began life on the big screen. Sea Hunt was retrofitted from Tors’ 1958 MGM film UNDERWATER WARRIOR and became a phenomenon for four seasons in the largely unexplored waters of first-run syndication. NBC’s Flipper was based on Tors’ 1963 MGM theatrical release of the same name and its 1964 sequel FLIPPER’S NEW ADVENTURE and aired on NBC for three seasons. Daktari was spun-off from the 1965 MGM release CLARENCE, THE CROSS-EYED LION and ran for four seasons on CBS. ABC’s Cowboy in Africa (1967-68) was based on AFRICA: TEXAS STYLE, a Paramount feature released a few months before the series premiere. And CBS’s Gentle Ben (1967-69) premiered contemporaneously with GENTLE GIANT, the Paramount feature film on which it was based.

Most of this production happened at Tors’ North Miami production center, a bustling facility with multiple soundstages, a rear projection studio, aquatic tanks, and a full backlot. (Here’s an excerpt from a 1966 promotional film about the studio.) HELLO DOWN THERE was staffed with many of the same creative talent who worked on the Tors TV shows, including writer Art Arthur and underwater director Ricou Browning, the co-creator of Flipper. Browning (still with us at age 83) is better known today as the Gil-Man from THE CREATURE FROM THE BLACK LAGOON (1954) and its two sequels. And HELLO DOWN THERE was directed by Jack Arnold, who helmed the first two BLACK LAGOON films (as well as an episode of Cowboy in Africa). Even the orange submersible appears to have been borrowed from another Tors production: AROUND THE WORLD UNDER THE SEA (1966, MGM) starring Seahunt hero Lloyd Bridges.

For a TV spin-off of HELLO DOWN THERE not to have been considered would have been inconsistent with the ultra-successful Tors production model. Unfortunately, the film was a financial failure, so the point became moot. A re-release under the title SUB A DUB DUB tanked just as badly, and the film was relegated to family matinees and afternoon television airings. 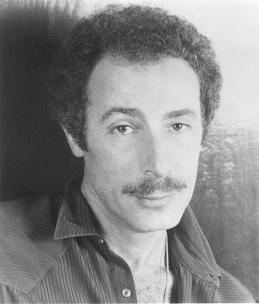 Which brings us back to the music. In comments posted on IMBD, You Tube and other sites where nostalgia lovers congregate, fans who grew up watching HELLO DOWN THERE on TV seem to remember the music most fondly. And that’s not surprising, considering the source. Jeff Barry composed and wrote the lyrics for the film’s four extremely catchy original songs: the swingin’ title track, which includes Barry’s Sinatra-esque vocals; the country-rocking “I Can Love You,” which features a memorably spastic dance by Charlotte Raye’s maid character as she dusts the furniture; “Glub,” a jokey, keyboard-heavy anthem that could have been a David Cassidy hit; and “Hey, Little Goldfish” a sweet ballad that includes the memorable lyric, “We could have a whale of a time; put your fin in mine.” The actors in the film lip sync, and actual credits for the vocals seem to be unavailable. Don Charles, a poster on the Jeff Barry Message Board, suggests that Louis St. Louis and Jacqueline Carol, two vocalists under contract to Barry’s Steed Records at the time, may have done the singing, but that is unconfirmed. “I Can Love You” was apparently also released as a Steed single – credited to Harold and the Hang Ups, a band that never actually existed.

As a lifelong fan of The Monkees, I’m biased in my affection for Barry-style bubblegum. He produced six tracks on the band’s second album More of the Monkees, including “I’m a Believer,” one of the most successful pop songs of all time. Barry’s songs for HELLO DOWN THERE are just as good as some of his Monkees tunes but, unfortunately, they’re surrounded by ninety minutes of sitcom-level silliness, replete with comedic sound effects to fill in the space where the laughs should be. If the film had been better (or more successful) it’s very likely that “Hey, Little Goldfish” might have become something of a standard itself. 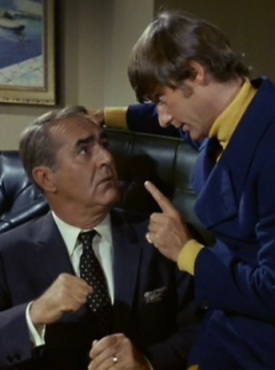 Still, the film is trippy sci-fi fun, sort of like The Partridge Family meets Lost in Space. The actors playing the band members are fine, but Richard Dreyfuss shines in his small role, already demonstrating the goofball charm that would make him so memorable in THE APPRENTICESHIP OF DUDDY KRAVITZ just five years later. Jim Backus can usually make me laugh just by opening his mouth, but here he’s a bit stifled by one-note villainy. As record producer “Nate Ashbury” (get it?) Roddy McDowell is a hoot, but he’s not on screen nearly enough. Janet Leigh isn’t given much to do either, but she looks great. Not surprisingly, Tony Randall gives the movie’s most interesting performance, elevating the contrived situations with his uptight nerd persona. He also delivers a croon-y rendition of the song “Just One More Chance,” which was first performed by Bing Crosby in the 1931 Mack Sennett short of the same name. The seal claps at the end of his song, which should really tell you all you need to know about this film.

As much as I enjoyed HELLO DOWN THERE, I’m kind of glad that it flopped like a fish. If it had been a big hit, and there had been a TV version, Tony Randall might not have been free to accept his first leading role in a TV series a little more than a year later. Perhaps you’ve heard of that show? It was called The Odd Couple.

SOURCES:
The Legend of Ivan Tors – a documentary by The Cardinals
“Steed Records” from The Pop Culture Cantina
Jeff Barry: The Man and His Music