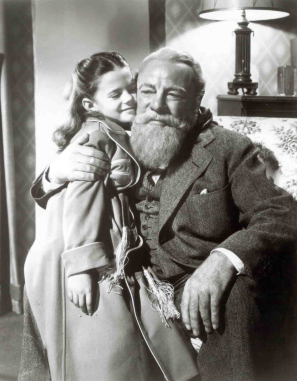 I like old movies. Okay, that’s an understatement. I don’t just like them, I want to live in them.

I’m not the first person to feel this way, of course. Woody Allen based an entire film — THE PURPLE ROSE OF CAIRO — on the desire to intermingle the real and the reel, and others did it before him (notably Buster Keaton). Don’t worry, though, I’m not sad and lonely like Mia Farrow’s Depression Era waitress in that 1985 film, nor does my significant other verbally abuse me (except when I forget to buy cat food). My life in the present day is just fine, thanks for asking.

But that doesn’t change the fact that the monochrome milieu of 1930s and ‘40s Hollywood calls to me in a deep, instinctual way I have never completely understood. And, given the opportunity, I would go there to live and never come back.

Before you dismiss this as the sloppy sentimentality of an aging movie buff, you should know that these feelings aren’t new. For a seventh grade school assignment in 1981, I wrote myself into the story of MIRACLE ON 34TH STREET, the holiday classic starring Edmund Gwenn as a man who may or may not be Santa Claus. Tragically, I didn’t keep a copy of that essay (which earned me an A, by the way). Even more tragically, my wish never came true. But the next best thing is happening this weekend: I’ll be introducing a special holiday screening of the film in a genuine 1930s movie palace in New York City.

On Sunday, December 20 I’ll join movie historian and New York Post chief film critic Lou Lumenick on stage at the United Palace of Cultural Arts in Upper Manhattan to introduce MIRACLE ON 34TH STREET. Doors open at 4 p.m. and teen musical theater group Statement Arts kicks off the merriment with Christmas carols (I won’t be singing, which is for the best. Trust me.) Next up is a Fox Movietone newsreel from 1947, the year of MIRACLE’s original release. Then Lou and I will chat on stage and take questions from the audience with the able assistance of executive director Mike Fitelson. (Lou will answer the hard ones; I will smile politely.)

And what a stage it is. The United Palace began life on February 22, 1930 as the Loews 175th Street Theater, one of five “Wonder Theaters” in the New York City area. The program that day featured Norma Shearer and Robert Montgomery in E. Mason Hopper’s THEIR OWN DESIRE on the big screen, along with a live stage show featuring the deadpan comedy stylings of Shaw and Lee. The Washington Heights landmark entertained audiences for nearly 40 years before Loews ceased operations in 1969 and sold the theater to evangelist Rev. Ike Eikerenkoetter, who maintained it — in pristine condition — as a house of worship for four decades. Film screenings returned in 2013, thanks to Indiegogo campaigns that continue to raise needed funds. (Films are currently presented on consumer formats with Spanish sub-titles. Professional grade projection in the offing.)

Ironically, Sunday’s United Palace event will go head-to-head with the nationwide screenings of MIRACLE ON 34TH STREET from my friends at Turner Classic Movies and Fathom Events. With all due respect to Robert Osborne, I think a 1930s movie palace is a better setting for this beloved classic than a multiplex – plus, there are two additional TCM screenings on Wednesday, December 23 (at 2 p.m. and 7 p.m.) If you’re conflicted, why not see both and impress your friends with all the fun facts you’ll learn from Lou and me (mostly Lou)?

And remember, if you wear a tuxedo or evening gown, admission is free. And if you wear both, I’ll buy you a popcorn. There will also be raffle prizes and the opportunity to gawk at a perfectly preserved, 85-year-old movie palace with a film from its heyday on the big screen. If that’s not a miracle, I don’t know what is. 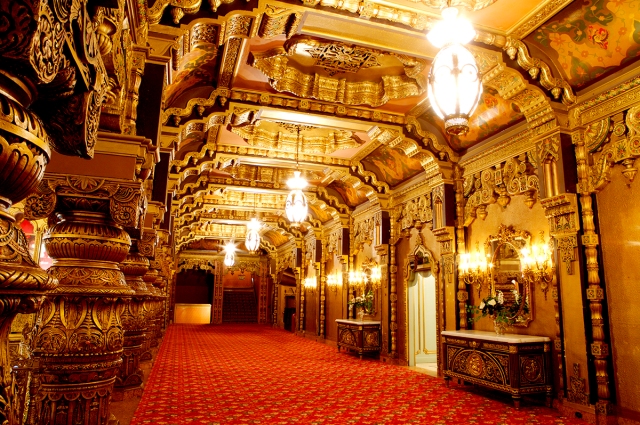 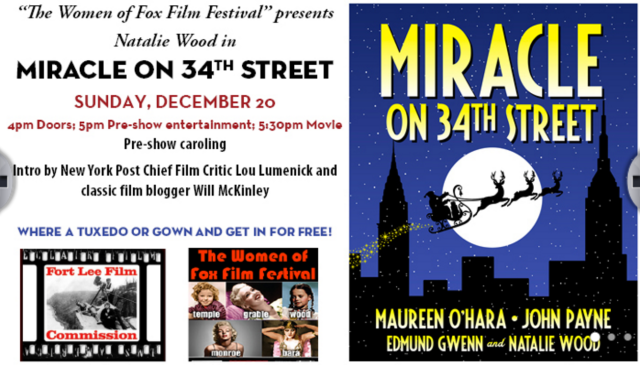 I'm a New York City-based writer, video producer, print journalist, radio/podcast host, and social media influencer. I've been a guest on Turner Classic Movies (interviewed by Robert Osborne), NPR, Sirius Satellite Radio, and the official TCM podcast. My byline has appeared in Slate.com and more than 100 times in the pages of NYC alt weeklies like The Villager and Gay City News. I'm also a social media copywriter for Sony's getTV and a contributor to four film-and-TV-related books: "Monster Serial," "Bride of Monster Serial," "Taste the Blood of Monster Serial," and "Remembering Jonathan Frid."
View all posts by willmckinley →
This entry was posted in Classic Film and tagged Loews 175th Street Theater, MIRACLE ON 34TH STREET, United Palace of Cultural Arts. Bookmark the permalink.

33 Responses to MIRACLE on 175th Street