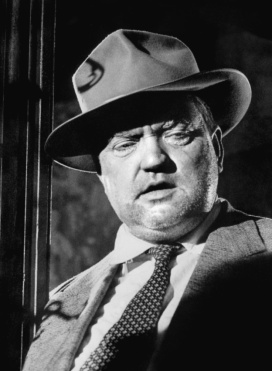 TOUCH OF EVIL was supposed to be Orson Welles’ triumphant return to Hollywood after a decade in overseas exile. Sadly, that’s not how it turned out.

“Universal loved the rushes,” Joseph McBride, author of three books on Welles, said last night before a screening of the “preview cut” of the director’s 1958 masterpiece at New York’s Film Forum. “But when they saw the film put together they were horrified.”

Although Welles wasn’t Communist, McBride said, his progressive politics and support for “radical causes and minority groups” had gotten Welles blacklisted and “run out of Hollywood” shortly after the HUAC hearings in 1947. He returned ten years later when Charlton Heston – in those days a liberal Democrat who marched with Dr. Martin Luther King, Jr. – asked Universal to let Welles direct EVIL, in which Heston had been cast as the lead and Welles was to play “the bad guy.”

Universal reluctantly agreed, but lived to regret it. 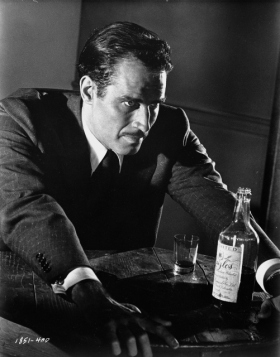 “They weren’t ready for a film like this. It’s very shocking in terms of its subject matter,” he said. “He’s attacking the authority of the police, and this was made during the Civil Rights period, and a Mexican is the suspect.”

Universal kicked Welles out of the edit room  and hired director Harry Keller to shoot additional scenes and to re-shoot scenes the studio didn’t like. In the meantime, Welles jetted off to Mexico to work on his film of Don Quixote. He screened the studio’s 108-minute cut (with Keller’s footage integrated) in December of 1957 and wrote a now-infamous 58-page memo with his comments. Universal ignored him and further lacerated TOUCH OF EVIL to a scant 93 minutes, then dumped the film on the back end of double bills.

“They didn’t even have a press screening; it got ignored and disparaged and American critics attacked it,” McBride said. “It played at the Brussels Film Festival and got the Grand Prize, so the French critics realized this was a great film.”

What could have been a comeback became Welles’ last American studio film as a director. 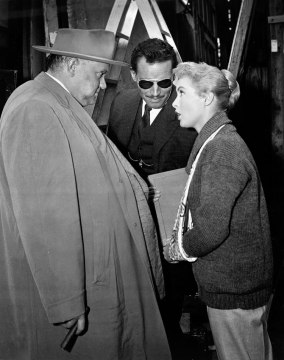 Fast forward to 1975, when UCLA professor Bob Epstein requested a print of TOUCH OF EVIL from Universal to screen for a class. The studio inadvertently sent him the preview version, which had been sitting on the shelf for 17 years. Epstein thought he had discovered the Holy Grail.

“He called me at Variety and I wrote a story (about how he) had found the director’s cut. And then we quickly realized this was not the director’s cut, it was the studio’s version,” McBride recalled. “The ‘director’s cut’ vanished; it doesn’t exist anymore. It was probably pulled apart and thrown away.”

That didn’t stop Universal from promoting the 108-minute version as the “director’s cut” in home video releases in the 1980s. The studio did the same thing in 1998, when producer Rick Schmidlin and legendary editor Walter Murch did a high-profile “reconstruction” of TOUCH OF EVIL based on Welles’ memo. 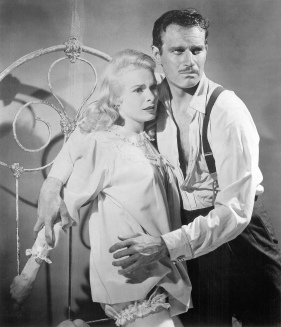 “Murch made 50 changes in the film. They were all terrific changes that improved the film, but he couldn’t make all the revisions Welles wanted. It’s not possible, because the negative is only the 93-minute version. But they were able to use the print of this preview version, which has additional scenes,” McBride added. “That’s why there are three versions of this film, none of which are Welles’ version.”

McBride says viewers can learn a lot from watching the different cuts of TOUCH OF EVIL, all of which are available on a limited edition 2014 Blu-ray release from Universal. He believes the film, based on the 1956 novel Badge of Evil – Universal changed the title to not imply that cops could be evil – is still relevant more than half a century later.

“Welles believed very strongly in attacking the abuse of authority, and that’s what this film is about: a police captain who is violating the law,” McBride said. “And today, with the abuses of police authority, and the question of ‘Is the policeman above the law?’ this film couldn’t be more timely.”

The 93-minute release version of TOUCH OF EVIL screens at Film Forum on January 29 and the 111-minute reconstruction on February 1 and 2 as part of the five-week series Welles 100, which runs though February 3. For a complete schedule, click here. For an explanation of the differences in the three versions, click here. The digital restoration of the 1998 reconstruction premiered at the 2014 TCM Film Festival. You can read a report on that screening here. 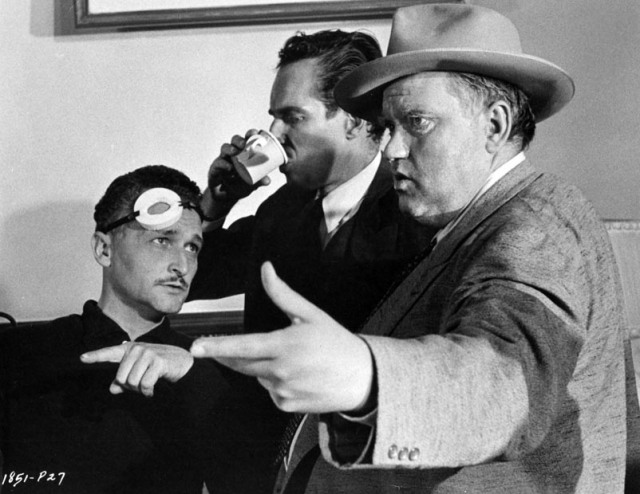 I'm a New York City-based writer, video producer, print journalist, radio/podcast host, and social media influencer. I've been a guest on Turner Classic Movies (interviewed by Robert Osborne), NPR, Sirius Satellite Radio, and the official TCM podcast. My byline has appeared in Slate.com and more than 100 times in the pages of NYC alt weeklies like The Villager and Gay City News. I'm also a social media copywriter for Sony's getTV and a contributor to four film-and-TV-related books: "Monster Serial," "Bride of Monster Serial," "Taste the Blood of Monster Serial," and "Remembering Jonathan Frid."
View all posts by willmckinley →
This entry was posted in Film Forum, Screening Report and tagged Film Forum, Orson Welles, TOUCH OF EVIL. Bookmark the permalink.