Posted on November 3, 2014 by willmckinley

TCM has pulled the restoration of Kubrick’s SPARTACUS (1960) from the lineup, adding the following message to the website:

“Due to unforseen circumstances we regret this film will not be presented as previously announced.” Apparently the restoration is not expected to be completed in time. 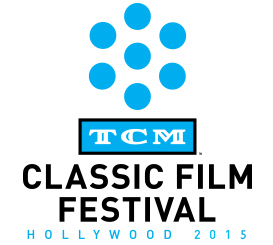 Turner Classic Movies announced today that passes for the 2015 TCM Classic Film Festival  will go on sale to the public on Thursday, November 13, 2014 at 12 p.m. (ET). A limited number of passes for event will also be available to Citi cardmembers via an exclusive online only presale beginning at 10 a.m. (ET) on Tuesday, November 11 and concluding at 10 a.m. (ET) on Thursday, Nov. 13.

The network also announced the first batch of films for the sixth annual classic film conclave, scheduled for March 26 – 29 in Hollywood. All four are world premiere restorations, an increasingly important marketing hook for anything involving classic film.

Buster Keaton’s STEAMBOAT BILL JR. (1928) will screen at TCMFF in a new restoration presented in collaboration with Cohen Film Collection. Keaton’s beloved comedy about the son of a paddleboat captain who falls in love with the competitor’s daughter will be presented with a live orchestral accompaniment of a new score by silent film composer Carl Davis, with Davis conducting.

STEAMBOAT BILL JR. contains both my favorite extended sequence of visual comedy and my favorite sight gag in all of silent film: the hurricane that blows William Canfield Jr. (Keaton) through the town on his bed, and the two-story house that crashes down on top of him.

This screening continues TCM’s practice of presenting new silent film restorations with live musical accompaniment, a tradition that began at the first TCMFF in 2010 with Fritz Lang’s METROPOLIS (1928) accompanied by the Alloy Orchestra (which is still my greatest-ever TCMFF experience). At the fifth annual Festival this past spring, Davis conducted the world premiere live performance of his new original score for Harold Lloyd’s WHY WORRY (1923) with an orchestra at the historic Egyptian Theater. He also appeared in a Q&A at the Club TCM event space earlier in the day.

TCM will celebrate the 55th anniversary of Stanley Kubrick’s SPARTACUS (1960) with a new restoration presented in collaboration with Universal Pictures Home Entertainment. This will be a repeat performance for the sword and sandal epic, which was previously presented at the 2011 TCMFF in an unforgettable screening at Grauman’s Chinese Theater with the Kirk Douglas in attendance.

“We love you Kirk,’ I said to the then-94-year-old legend as he made his way off stage after a Q&A with Robert Osborne.

“I love you too,” he replied with a big smile.

No word yet on whether Douglas will be in attendance. He turns 98 on December 13 and made an appearance just two weeks ago to celebrate the 10th anniversary of the Culver City theater that bears his name.

William Dieterle’s THE HUNCHBACK OF NOTRE DAME (1939) will screen in a new restoration presented in association with Warner Bros. Classics. The lavish RKO adaptation of Victor Hugo’s novel stars Charles Laughton as Quasimodo, with Maureen O’Hara as Esmeralda. The legendary actress, still with us at age 94, was one of the most highly anticipated guests at the Festival earlier this year, introducing a screening of John Ford’s HOW GREEN WAS MY VALLEY (1941). She also participated in a taped Q&A with Robert Osborne at the Roosevelt Hotel, highlights of which were broadcast on TCM during O’Hara’s “Star of the Month” salute in July.

Like with Kirk Douglas, TCM has not yet indicated if Maureen O’Hara will be in attendance for this screening.

The head scratcher in this announcement – at least for me –  is Ron Howard’s APOLLO 13 (1995) with Tom Hanks, Kevin Bacon Bill Paxton, Gary Sinise, and Ed Harris. TCM actually leads their press release announcing their screening of the “world premiere restoration, presented in collaboration with Universal Pictures Home Entertainment” which is odd, considering that many attendees may wonder why a film that is only 20 years old needs to be restored.

Others may question why TCMFF is presenting such a “recent” film, though it’s not the first time they’ve dipped their toes into mid-1990s “classics.” Stephen Herek’s MR. HOLLAND’S OPUS (1995) screened at the Festival earlier this year, with star Richard Dreyfuss in attendance, and Dreyfuss also was a guest on the recently completed TCM Classic Cruise.

The advantage to presenting more recent films at these events is, of course, that more of the cast and crew is available to appear at the screening. If TCM can score Ron Howard and one or more of the principal cast members, it will be interesting to see how many of the Old Movie Weirdos choose to attend a more contemporary classic at TCMFF. If they can’t, or don’t, then what’s the point? Give us another classic Noir or Pre-Code.