Update: Big Changes at Turner Broadcasting – Will They Affect TCM? 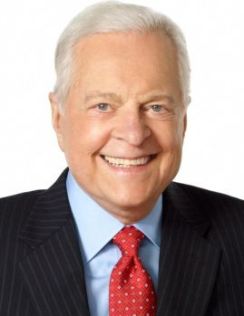 The departures are beginning at Turner, with the announcement that TNT, TBS and TCM programming chief Michael Wright would be leaving the company after a decade.

According to Nielsen, the average U.S. household receives 189 TV channels, but regularly watches only 17 of them. If you’re an Old Movie Weirdo, however, that number may be closer to one: Turner Classic Movies.

TCM is the only U.S. TV channel airing classic films 24 hours per day, uncut, commercial-free, and in their original, theatrical aspect ratio. As such, viewers (like this one) tend to support the 20-year-old network with near-religious zealotry. And TCM returns the favor, connecting with audience members through an annual film festival, cruise, sightseeing bus tours, monthly magazine, specialty home video releases, original documentaries, and brilliantly curated programming, which has extended from a single, linear channel to multiple streaming and on-demand options.

For millions of loyal viewers, the people who work at TCM are like members of an extended family of film lovers. Sadly, that family is about to get smaller. 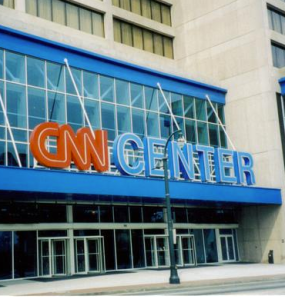 On Tuesday, TCM parent Turner Broadcasting offered a buyout to approximately six percent of U.S. employees, the first in the company’s 44-year history. While the “Voluntary Separation Program” for employees 55 and older with more than ten years of service was only offered to approximately 600 members of the company’s 9,000-member U.S. workforce, it’s just the first step in a company-wide cost-cutting initiative that is expected to yield extensive layoffs.

First announced by CEO John Martin on June 2, the “Turner 2020” initiative seeks to reduce spending and maximize growth and profitability, leading up to the 50th anniversary of the company a little more than five years from now. Layoffs throughout Turner’s more than 700 departments were only suggested in Martin’s initial communication, but they were confirmed in his follow-up memo on August 19:

“Division leaders now are reviewing the working groups’ reports on their respective areas of oversight. Over the coming weeks, they will work with me to finalize the organizational changes we will implement. Our plan is to begin communicating in the next two months both general and specific changes we will make to structures, models and roles,” Martin wrote.

In case you didn’t get his point, the next sentence sealed the fate of an as-yet-undetermined number of Turner employees:

When your boss starts talking about streamlining, it’s time to start packing your things.

So, how many Turner staffers will be cut? Speculation varied wildly on Tuesday, but Rodney Ho of the The Atlanta Journal-Constitution estimates that the final tally could be as much as 15 to 20 percent of the company, with an aggregate loss of as many as 2,000 employees.

“(T)his is causing some significant angst and concern among employees,” he added, stating the obvious.

Ironically, “Turner 2020″ was planned long before Fox’s recent, much-publicized attempt to acquire Turner parent Time Warner, which made itself a takeover target (intentionally or otherwise) with the recent spinoffs of Time Inc. and Time Warner Cable. But Rupert Murdoch’s $85 per share offer, roundly rejected by Time Warner’s board, only puts more pressure on the company to increase shareholder value. The stock closed Tuesday at $76.98, up nearly $7 since Murdoch’s offer was first revealed on July 16. (21st Century Fox formally withdrew the proposal on August 6.)

Industry-wide, audience fragmentation is rampant, production and licensing costs are up, and expected mergers among cable and satellite providers – Time Warner Cable/Comcast and AT&T/DirecTV – are expected to reduce leverage in network carriage fee negotiations. While TNT is one of the most expensive channels for basic cable subscribers – and still one of the most profitable – it lacks a signature show with the channel-making buzz of Mad Men, Breaking Bad, or The Walking Dead (all coincidentally on AMC, a channel that kicked classic films to the curb and dramatically increased its audience and profitability). Ratings are down at TNT, TBS, and CNN, and Turner is facing the expiration of its NBA deal in 2016, with the price expected to double from the $930 million annual license fee currently being split between Disney’s ESPN and Turner. If the new contact matches the previous in duration (8 years), the NBA could slam dunk their cable partners for $15-16 billion.

So how will all of this affect TCM? Hopefully, not substantially, considering the channel has a relatively small full-time staff and is known to be a lean and efficiently run organization. Ironically, much of the mainstream reporting on Tuesday didn’t even acknowledge TCM’s existence, likely owing to the channel’s lack of advertising revenue and minor impact on the bottom line. TCM may be able to continue to fly below the radar, but with Turner’s announced, company-wide focus on “monetization,” longtime viewers (like this one) can’t help but wonder if the network’s commercial-free days may be numbered. 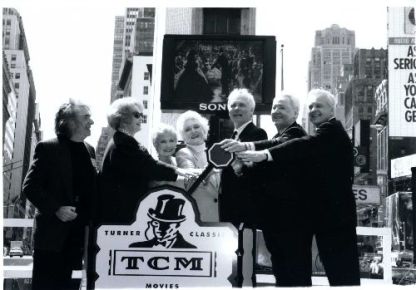 I'm a New York City-based writer, video producer, print journalist, radio/podcast host, and social media influencer. I've been a guest on Turner Classic Movies (interviewed by Robert Osborne), NPR, Sirius Satellite Radio, and the official TCM podcast. My byline has appeared in Slate.com and more than 100 times in the pages of NYC alt weeklies like The Villager and Gay City News. I'm also a social media copywriter for Sony's getTV and a contributor to four film-and-TV-related books: "Monster Serial," "Bride of Monster Serial," "Taste the Blood of Monster Serial," and "Remembering Jonathan Frid."
View all posts by willmckinley →
This entry was posted in TCM, TCM Classic Film Festival. Bookmark the permalink.

21 Responses to Update: Big Changes at Turner Broadcasting – Will They Affect TCM?