My Anniversary Gift to You 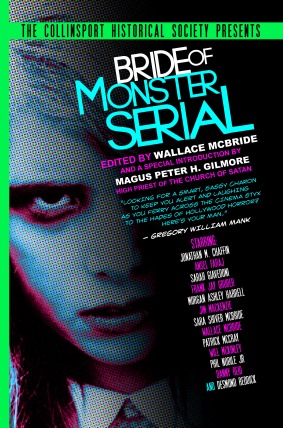 Over the past three years I’ve written more than 200 articles, reviews, and essays for this site and others. I’ve had a lot of fun and made a lot of money (just kidding), but the best part of the process has been the opportunity to collaborate with people who creatively inspire me and whose work I respect.

And, as I celebrate the second anniversary of Cinematically Insane this weekend, I’m proud to announce that one of my favorite pieces of writing has been included in a new book – one that also features the work of some of my favorite colleagues.

My essay What I Learned from ROSEMARY’S BABY is featured in Bride of Monster Serial, a new anthology of writing about horror movies past and present. Edited by the lovely and talented Wallace McBride, the book covers an eclectic collection of fright films, from early Talkies like DR. JEKYLL AND MR. HYDE (1931) to contemporary creepfests like HOSTEL: PART 2. Most of the movies were released in the the 1970s and ‘80s, when many of us first cut our fangs as fans. And some, like NIGHT OF THE HUNTER (1955), expand the definition of the word “horror.”

The book also features an introduction by Peter H. Gilmore from the Church of Satan, which I probably won’t mention when I donate copies to my old Catholic school for summer book club. It’s also got cover art by McBride and some inventive, smile-inducing layout, done in the style of retro newspaper advertising. Bride of Monster Serial is available in ye olde print form, with a Kindle edition to come. And if you buy a copy (and send me proof) I will email you an exclusive picture of me as a teenager, dressed up like a vampire (with hair).

Seriously, how can you resist? It’s like the best anniversary present ever.

Best of all, as befits a book about genre films, Bride of Monster Serial is a sequel. The first installment of Monster Serial, published earlier this year, is also available in paperback and Kindle formats. And it also features an essay by me, of course.

Here’s a list of the shocking, horrifying, etc. films reviewed in Bride of Monster Serial:

As always, thanks for reading. 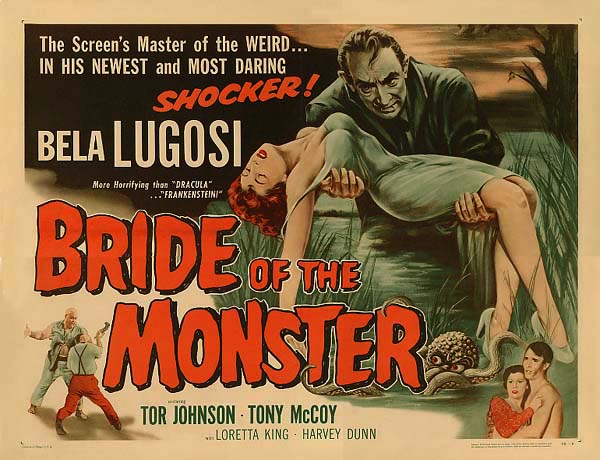 I'm a New York City-based writer, video producer, print journalist, radio/podcast host, and social media influencer. I've been a guest on Turner Classic Movies (interviewed by Robert Osborne), NPR, Sirius Satellite Radio, and the official TCM podcast. My byline has appeared in Slate.com and more than 100 times in the pages of NYC alt weeklies like The Villager and Gay City News. I'm also a social media copywriter for Sony's getTV and a contributor to four film-and-TV-related books: "Monster Serial," "Bride of Monster Serial," "Taste the Blood of Monster Serial," and "Remembering Jonathan Frid."
View all posts by willmckinley →
This entry was posted in Books and tagged Monster Serial. Bookmark the permalink.

16 Responses to My Anniversary Gift to You