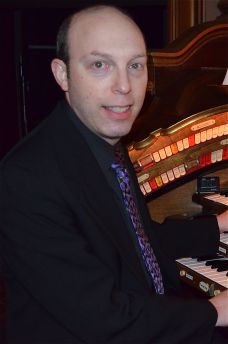 Like some elite entertainment industry players whose names may be better known, Model, the Manhattan-based musician and composer, is using the crowd-funding website Kickstarter to finance a film release. But there are a few key differences between his efforts and those that have generated hyperbolic Hollywood headlines. Model’s project had a far more modest monetary goal – just $3,600, compared to the $1.25 million the DO THE RIGHT THING director is seeking for his next joint, or the $3+ million Braff scored for his partially fan-funded follow-up to GARDEN STATE. Also: the movies Model is financing already exist – and have for nearly a century. And did I mention they’re silent?

The 50-year-old Larchmont, New York native, one of the most in-demand silent film accompanists working today, has launched Accidentally Preserved, a multimedia initiative to restore and release previously lost short subjects starring long-forgotten comics like Jack Duffy, Paul Parrott, and Wallace Lupino. The project has already borne fruit, with a popular You Tube page and a DVD featuring nine restored films with new scores composed and performed by Model. The Accidentally Preserved Kickstarter campaign attracted more than 100 donors from across the globe (including yours truly), all of whom received on-screen thanks in the DVD’s credits. (One generous backer even earned a custom ditty from Model, based on the digits of his phone number.) 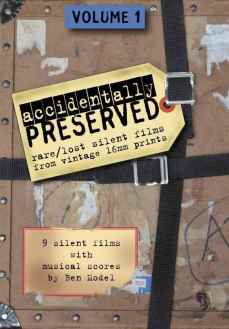 As Model explains in the video that launched his campaign last November, in the 1920s, ‘30s and ‘40s, many Silent Era short subjects were printed on 16 mm film for rental by hobbyists. (“Netflix for the Art Deco Era,” he calls it.) In the years since, master elements for some of those films were lost, damaged or destroyed, but the home movie versions survived in the hands of collectors. In a few cases, Model himself ended up with the last known extant print of a film that was otherwise lost. Thus the name: Accidentally Preserved.

The effort kicked off last summer, with seven shorts posted to Model’s YouTube channel. Those initial offerings included one- and two-reel comedies and dramatic shorts, plus a fascinating promotional film for the Stetson Hat Company and a 1925 animated short for Christmas seals. All were digitally transferred from 16mm and feature Model’s distinctive accompaniment on piano or organ.

“These half dozen films went from sitting on a shelf to being seen by anywhere from 400 to 1,000 people in a couple of months,” Model said.

And interest in the project continues in grow. One title, the hilarious COOK, PAPA, COOK (1928) with Henry Murdock has already generated nearly 14,000 views on YouTube in a little more than a year. While Accidentally Preserved may not attract the same buzz as the audience-financed Veronica Mars feature, this is clearly a concept that has struck a chord with film fans. Proceeds from sales of Volume 1 have already funded a second DVD, expected next year.

For Model, this is a labor of love. He’s been creating and performing silent film scores for thirty years, and his Silent Clowns screening series at the Lincoln Center Library (which he co-curates with film historians Bruce Lawton and Steve Massa) has shined a projector light on the “deep cuts” of the silent comedy era since 1997. If you think Chaplin, Keaton and Lloyd can be a tough sell for some modern audiences, just watch the capacity crowds of all ages line up on Saturday afternoons at Lincoln Center and leave with a new found affection for Raymond Griffith, Louie Fazenda, Charlie Chaplin’s brother Syd, and countless others Model has sought to rescue from obscurity. Even if you’ve never heard of these performers, or don’t particularly enjoy silents, any film lover has to respect his tireless cinematic evangelism.

The Accidentally Preserved DVD goes even deeper, with nine films unseen for generations. My favorite among these is LOOSE CHANGE (1928), a one-reel farce from producer Al Christie starring 46-year-old Jack Duffy (sans choppers) as elderly Scottish tightwad Sandy McDuff. Sexy Lorraine Eddy tries to “vamp” our hero, who turns the tables on her in slapstick fashion. Another highlight is MECHANICAL DOLL (1922), a live action/animation hybrid starring Ko-Ko the Clown and legendary animator Max Fleischer (Popeye, Betty Boop), from the Out of the Inkwell series.

The shorts look remarkably good, considering that some of these prints must have bounced around at flea markets and swap meets since “kickstart” meant something you did to your horse. A few of the films contain artfully reconstructed opening and inter-titles that are essentially seamless. Three of the shorts – THE WATER PLUG (1920), THE LOST LAUGH (1928), and WEDDING SLIPS (1928) – feature optional, informative commentary tracks from Model and Massa, author of the recently published “Lame Brains and Lunatics: The Good, the Bad, and the Forgotten of Silent Comedy.” (Note: These commentaries are apparently only available on DVDs that were distributed to Kickstarter backers. Keep that in mind when deciding whether or not to donate next time! Similar content is available in text form, written by Massa, on the website.)

Taken as a whole, Accidentally Preserved is like the best film school seminar you never had. For silent movie fetishists, it’s an opportunity to increase knowledge of a beloved art form. For newbies, it’s a crash course in a unique, freewheeling era when countless short films were churned out by a variety of indie producers to fill the Jazz Age’s seemingly insatiable appetite for comedy. 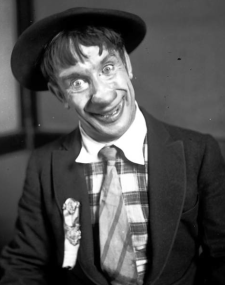 Model recently announced the next stage in his burgeoning D.I.Y. distribution efforts: The Mishaps of Musty Suffer, a series of “surreal” shorts starring Ziegfeld Follies headliner Harry Watson Jr. The one-reelers were produced by George Kleine Productions in 1916 and ’17 at studios in the Bronx, with exteriors shot in nearby neighborhoods. Preserved from original nitrate 35 mm prints by the Library of Congress in 1959, these films have not been available to the public in any form, save for occasional screenings at festivals and fan conventions.

“You can’t believe you don’t know about these movies!” Model gushed, like the fan he is (he got hooked as a kid while watching silents at the home of neighbor Walter Kerr, author of “The Silent Clowns,” the namesake for Model’s screening series).

A DVD of eight Musty Suffer shorts, with Model’s score, is expected in February of next year. But if you want your name in the credits this time around, you better get cracking. Less than two weeks after launching his second Kickstarter, Model is already more than 80 percent towards goal.

If Spike Lee needs any advice on crowd-funding, he knows who to call.

UPDATE 7/25/13 – The Musty Suffer Kickstarter achieved its fundraising goal with 18 days left in the campaign, but that doesn’t mean you should stop donating. Model announced today that if funding reaches $4,500, he’ll transfer, score, and release three or four other Musty Suffer shorts to YouTube, in addition to the eight that are planned for the DVD. 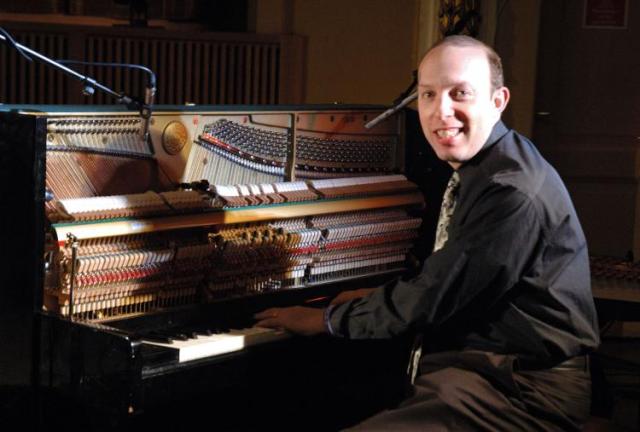