When I was in fifth grade I invited five friends over for a slumber party.

“It’ll be great!” I promised. “We’ll stay up all night watching movies!”

I neglected to mention that all of the movies we’d be watching were from the 1930s and starred Groucho, Harpo, Chico (and sometimes Zeppo) Marx. I figured I’d surprise them.

Despite my cheerleading (“here comes a funny part!”) and unlimited, air-popped popcorn (with real butter!) my friends were fast asleep before the first film even ended. So I continued the marathon alone, while the unconscious bodies of my friends littered the living room floor.

A lot has changed since 1980, but one thing has not: it’s hard out there for an Old Movie Weirdo. That’s why I appreciate the communities that have formed on social media, where classic film fans from around the country (and the world) come together on a daily basis to geek out over films most Normals have often never even heard of.

Nowhere is this shared experience more active than on Twitter, where the #TCMParty live tweeting community has been uniting fans – and creating new ones – every day since September of 2011. Much of the credit for this goes to Paula Guthat, a communications professional who co-founded the hashtag, tirelessly promoted it (with assistance from partners in crime Trevor Jost and Joel Williams), and built it into an open, respectful community where fans of all ages and experience levels share opinions, trivia and a healthy dose of snark, 24 hours per day.

Now, after four years, #TCMParty regulars have an opportunity to say thanks for those efforts – and get some classic film swag in return. 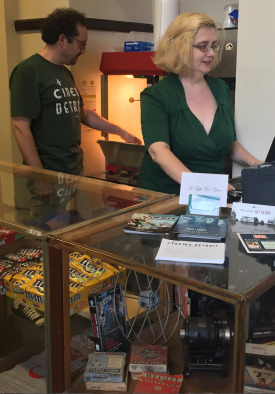 In 2013, Paula and her husband Tim founded Cinema Detroit, the city’s only truly independent movie house. After two years they’ve moved to a larger, more accessible location, but they’ve lost access to the professional grade digital projection gear they leased in their original space. To finance the acquisition of this vital equipment, Paula and Tim launched a crowdfunding campaign on October 4. (I first wrote about the campaign here.) And on Friday they’re kicking off a live, in-person TCM Party to help them reach their fundraising goal.

Beginning at 8:15 a.m. (ET), Cinema Detroit will simulcast a daylong marathon of classic horror films airing on Turner Classic Movies to their big screen. The festivities kick off with Christopher Lee as THE MUMMY (1959) from Hammer Films and conclude at 1:30 a.m. after Jacques Tourner’s stylish creepfest THE LEOPARD MAN (1943) slinks off into the moonlight. All told there will be 11 films, ranging in release date from 1942 until 1972. 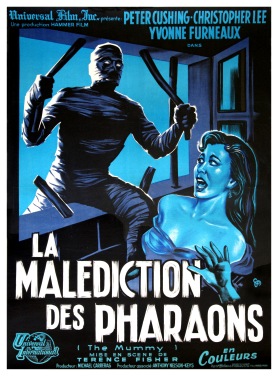 If you live in Detroit, admission for all films is FREE. If you don’t, you can join the fun on social media as Paula and Tim live tweet for nearly 18 hours and offer updates on Facebook, Instagram and Periscope.

And if you need further inspiration for your generosity, TCM and the Warner Archive Collection have contributed tons of swag as thank you gifts. A $30 donation will get you a DVD from WAC’s collection of more than 2,000 remastered classic films. (Paula will be unboxing the as-yet-unannounced WAC DVDs live on Periscope first thing in the morning.) Premiums at other levels include posters, t-shirts, TCM coffee mugs and copies of the new, TCM-branded edition of Leonard Maltin’s Classic Movie Guide.

Plus you’ll get the satisfaction of knowing that you’re helping to keep the experience of movie going alive for fellow film fans in the Detroit area. And if you haven’t joined the #TCMParty yet, what are you waiting for?

If only Twitter had existed in 1980. Life would have been so much more fun. 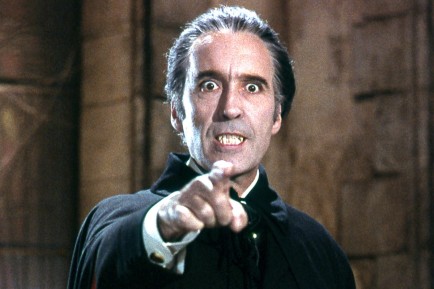 I'm a New York City-based writer, video producer, print journalist, radio/podcast host, and social media influencer. I've been a guest on Turner Classic Movies (interviewed by Robert Osborne), NPR, Sirius Satellite Radio, and the official TCM podcast. My byline has appeared in Slate.com and more than 100 times in the pages of NYC alt weeklies like The Villager and Gay City News. I'm also a social media copywriter for Sony's getTV and a contributor to four film-and-TV-related books: "Monster Serial," "Bride of Monster Serial," "Taste the Blood of Monster Serial," and "Remembering Jonathan Frid."
View all posts by willmckinley →
This entry was posted in Classic Film. Bookmark the permalink.