Posted on September 10, 2015 by willmckinley 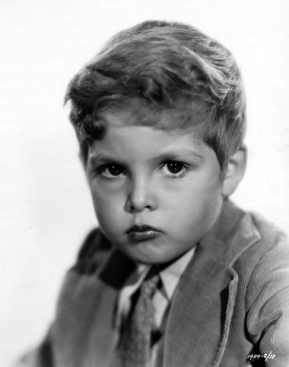 Moore acted in more than 100 films, beginning with THE BELOVED ROGUE (1927) in which the 11-month-old Los Angeles native played John Barrymore’s character as a infant. In a screen career that spanned three decades, Moore appeared in enduring classics like Josef von Sternberg’s BLONDE VENUS (1932), Alfred E. Green’s UNION DEPOT (1932), William J. Cowen’s OLIVER TWIST (1933), William Dieterle’s THE STORY OF LOUIS PASTEUR (1936), and Howard Hawks’ SARGEANT YORK (1941). He also had a small but memorable role as the mute “kid” in Jacques Tourneur’s seminal film noir OUT OF THE PAST (1947) with Robert Mitchum, following a tour of duty in World War II (as a reporter for Stars and Stripes).

Moore’s final film was THE MEMBER OF THE WEDDING (1952), in which the veteran played a soldier. In later years he appeared on radio and TV, directed and acted in New York theater, was active in Actor’s Equity, and served as an advertising creative director and public relations executive. (His P.R. firm Dick Moore and Associates is still in operation.) Moore interviewed actress Jane Powell for his 1984 book Twinkle, Twinkle, Little Star and married her four years later. The couple remained together until his death.

I first discovered Dickie Moore in the late 1970s, watching Hal Roach’s Little Rascals comedies every day after school on WPIX-11 in New York. Not yet seven years old, Moore was already a screen veteran when he joined the Our Gang crew in mid-1932.

Moore’s first two-reeler was HOOK AND LADDER, released in August of 1932. He followed with FREE WHEELING in October, which is known for being the only Our Gang short in which one of the kids is called a “little rascal.”

That kid was Dickie Moore.

BIRTHDAY BLUES was released in November, wherein Dickie, Spanky and Stymie bake a cake and hilarity ensues. December brought A LAD AN’ A LAMP, followed by FISH HOOKY  in January of 1933, which features appearances by “retired” rascals Mickey Daniels (age 18), Mary Kornman (16), Joe Cobb (16), and Allen “Farina” Hoskins (13). FISH HOOKY also marks the first speaking roles for Daniels and Kornman in an Our Gang comedy, since their tenure took place during the silent era. 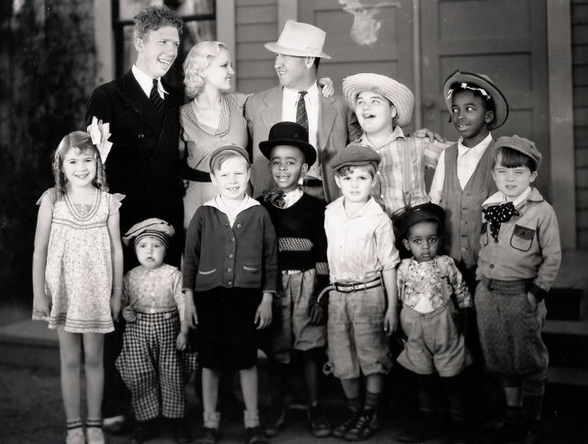 FORGOTTEN BABIES (also featuring Roach regular Billy Gilbert) was released in March of 1933, followed by THE KID FROM BORNEO in April. (The latter was apparently pulled from television syndication packages in the early ’70s due to racially problematic content.) 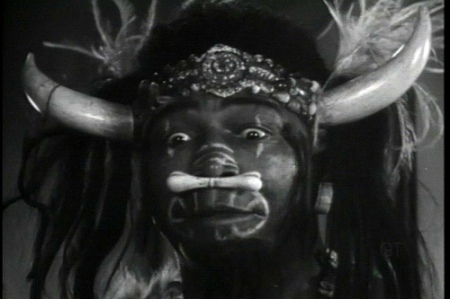 MUSH AND MILK, Dickie Moore’s final short, was released in May of 1933. With the line, “Don’t drink the milk! It’s spoiled!” MUSH AND MILK may be the most-quoted Our Gang comedy ever (at least among my friends in the cafeteria.)

In November of 2011, I met Dickie Moore when he attended a Film Society of Lincoln Center screening of LUXURY LINER (1948) starring Jane Powell. Although Moore reportedly experienced symptoms of dementia in his final years, his love for Powell was clear to everyone in the room.

I'm a New York City-based writer, video producer, print journalist, radio/podcast host, and social media influencer. I've been a guest on Turner Classic Movies (interviewed by Robert Osborne), NPR, Sirius Satellite Radio, and the official TCM podcast. My byline has appeared in Slate.com and more than 100 times in the pages of NYC alt weeklies like The Villager and Gay City News. I'm also a social media copywriter for Sony's getTV and a contributor to four film-and-TV-related books: "Monster Serial," "Bride of Monster Serial," "Taste the Blood of Monster Serial," and "Remembering Jonathan Frid."
View all posts by willmckinley →
This entry was posted in Classic Film. Bookmark the permalink.