One Last Gasp for #NoirSummer

What did you do this summer? I saw a bunch of people get killed.

Thanks to Turner Classic Movies’ nine-week Summer of Darkness series, I spent June and July with duplicitous dames, menacing mugs and the movie buffs that love them. And although August is half over, I’m not ready to give up this twisted summer romance.

First, some stats: I watched 55 of the 121 films (most of them on the indispensable Watch TCM App) and had previously seen another 26 of the titles in the series (brilliantly curated by TCM programmer Millie De Chirico). I also got to see three of the programmed movies on the big screen in New York City within weeks of their TV airings. Hitchcock’s criminally underrated THE WRONG MAN (1956) and the gorgeous 4K restoration of Carol Reed’s THE THIRD MAN (1949) both played at Film Forum in July, and I caught an outdoor screening of Robert Siodmak’s THE KILLERS (1946) in Bryant Park (which I wrote about here).

I learned a lot during Noir Summer, thanks to host Eddie Muller’s witty and insightful wrap-arounds and Professor Rich Edwards’ on-line course Investigating Film Noir, presented by Ball State University in conjunction with TCM. But my biggest takeaway from the last two months is this: I prefer pulpy, low-budget noir to the glossier studio product.

And here’s the best part: tons of independently produced and Poverty Row noirs are streaming for free on YouTube. So my love affair can continue. For free.

If you’re jonesing for one more crime film fix before you hang up your #NoirSummer holster, I write about five underrated noirs today for the excellent film blog Rupert Pupkin Speaks. You can read it here.

Let me know what you think of my choices, and tell me your suggestions for others I shouldn’t miss. Because we’re all in this together now, pal. Whether you like it or not. 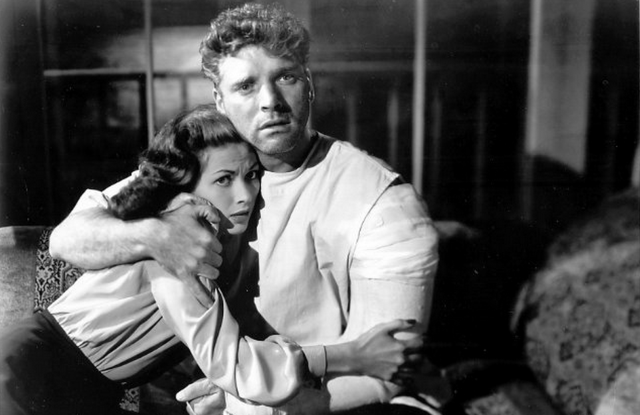 I'm a New York City-based writer, video producer, print journalist, radio/podcast host, and social media influencer. I've been a guest on Turner Classic Movies (interviewed by Robert Osborne), NPR, Sirius Satellite Radio, and the official TCM podcast. My byline has appeared in Slate.com and more than 100 times in the pages of NYC alt weeklies like The Villager and Gay City News. I'm also a social media copywriter for Sony's getTV and a contributor to four film-and-TV-related books: "Monster Serial," "Bride of Monster Serial," "Taste the Blood of Monster Serial," and "Remembering Jonathan Frid."
View all posts by willmckinley →
This entry was posted in TCM. Bookmark the permalink.

3 Responses to One Last Gasp for #NoirSummer