UPDATE #7: The Widescreen is Out There: Why Netflix May Be Covering Up “The X-Files” in HD 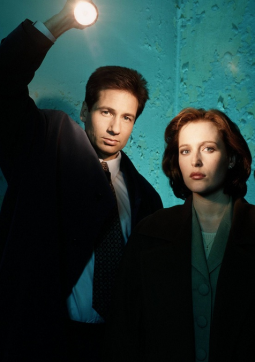 There may be a conspiracy afoot at Netflix worthy of the Cigarette Smoking Man himself.

One month after I reported that Netflix was streaming The X-Files in fuzzy, standard definition video transfers, the world’s most popular subscription VOD service has added sparkling new HD versions of the first 13 episodes of the series for viewers in the United States. Oddly, Netflix has said nothing about this, with no official announcement regarding the upgrades or the rollout of additional HD episodes – surprising, considering that they are apparently now the exclusive U.S. home for The X-Files in high def.

New transfers of the pilot and the subsequent 12 episodes were quietly added on April 23, allowing Netflix subscribers to enjoy remastered, HD versions of Season One fan favorites, like Squeeze with Doug Hutchison as shape-shifting psychopath Eugene Tooms, Eve with Erika and Sabrina Krievins as murderous clone twins, and Beyond the Sea with Don S. Davis as Scully’s posthumously visiting father. These remastered transfers have aired on the El Rey Network and the German satellite TV channel ProSieben Maxx, but have never been streamed.

Update 4/27/15 – Netflix has added nine additional episodes in HD, so all Season One episodes except #14 and #24 are now available in high def.

Update 7/16/15 – Netflix now streams seasons 1-6 in 16:9 HD, with the remainder of the series still in 4:3 standard def. Both Hulu and Amazon are now 16:9 for all nine seasons in HD. And Electronic Sell-through/VOD services like iTunes and VUDU have apparently caught up as well, with all nine seasons available in HD.

Update 9/11/15 – Netflix has upgraded all episodes to 16:9 HD, joining their SVOD competitors Hulu and Amazon.

So, as streaming services seek to solidify their subscriber bases with exclusive content, why has Netflix sat on this news like a government-style coverup?

One possible reason: Netflix’s HD transfers have altered the aspect ratio of Season One episodes from the 4:3 (square) format in which they originally aired to 16:9 widescreen. HBO got a ton of negative press when they did this last year with The Wire, apparently (at least initially) against the wishes of series creator David Simon. But – and I say this as a devout format purist who always prefers to see movies and TV shows the way their creator intended – the situation with The X-Files is very different.

“When we began filming the show in 1992, we actually (except for maybe the pilot) considered HD (widescreen) all along,” creator Chris Carter said in a Reddit AMA (Ask Me Anything) chat in 2014. “And so there was image and opportunity to expand and modify the aspect ratio.” 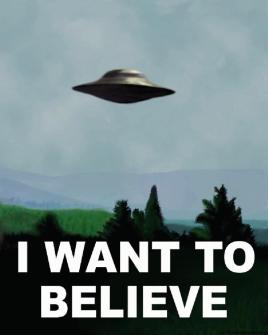 While Carter apparently had no official role in this process, the remastering has been meticulously done, as I discovered when I binged the first 13 HD episodes this weekend. This is not a crop-and-stretch debacle like 3rd Rock from the Sun, which Netflix added in bogus 16:9 in March, or The Simpsons, which FXX began broadcasting last year in truncated transfers that ruined many of the jokes. This is a respectful, near-flawless remastering, with Fox returning to original, widescreen source materials for the first time since the initial broadcast. (The series aired in 4:3 for seasons 1-4 and moved to native 16:9 in season 5 in 1997, broadcast letter-boxed.) Episodes that have looked soft and washed out in TV reruns for years now look sharp and (appropriately) bright, with a fresh, more-cinematic patina. And if you don’t believe me, or think that I’ve become an aspect-ratio-altering replicant/apologist, check out the drab SD streams on Amazon and Hulu.

While Carter says these early episodes were future-proofed by composing for standard 4:3 screens but “protecting” for widescreen (meaning no light stands, crew members, etc.), there are still a handful of scenes that don’t make the transition perfectly. What appears to be stock footage of a space shuttle launch in episode 9, the Golden Gate bridge in episode 11, and a hotel exterior in 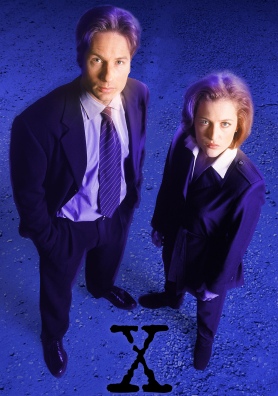 episode 12 all look fuzzy when cropped, as does a TV news report in episode 9. There are also a few scenes that look softer in 16:9, or are framed too tightly, like a close-up of a medical examiner saying a character is “very dead” in episode 6, Mulder’s conversation with programmer Brad Wilczek in episode 7, and his interrogation in episode 10 (as well as a scene of David Duchovny crawling out from under a truck in the same episode).

But that’s it. Otherwise, this is a welcome restoration of an iconic television show that had fallen into visual disrepair on basic cable and SVOD. I’m just surprised I’m getting these shows for the price of a Netflix subscription, not the hundreds of dollars it would cost to buy nine seasons on Blu-ray.

Update 10/8/15 – Fox has finally announced that The X-Files will be available on Blu-ray on December 8. All nine seasons will be in 16:9, which means the original 4:3 broadcast versions are likely to disappear forever like victims of  some shadowy government conspiracy.

Update 1/16/16 – Here is meticulously detailed comparison of the differences between the DVD and Blu-ray releases. Seriously, the guy who did this deserves some kind of award.

And once the remasters are complete, the HD transfers of The X-Files will give a new generation an impetus to sample the show before its return with new episodes in 2016. That’s exactly what I did this weekend, re-visiting episodes I hadn’t watched in two decades. And the good news is The X-Files in HD looks even better today than it did then.

If only I could say the same about myself.

Related: here’s a fascinating post about the widescreen remaster of “Buffy the Vampire Slayer,” which was not protected for 16:9 when it was shot and was remastered against the wishes of creator Joss Whedon. 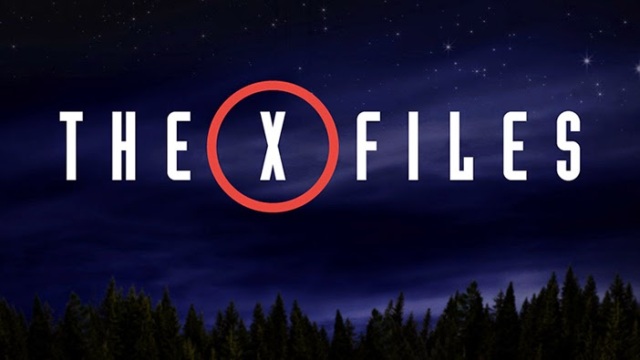 10 Responses to UPDATE #7: The Widescreen is Out There: Why Netflix May Be Covering Up “The X-Files” in HD