Dead on Arrival at the TCM Film Fest

If in the first act you have hung a pistol on the wall, in the following one it should be fired. – Anton Chehkov

ACT ONE: (Interior) A plane bound for Hollywood. WILL, a handsome reporter who looks younger than his 45 years thanks to decades of moisturizer use, boards expectantly. Before he can stow his valise, Will is greeted with a propulsive sneeze from a WHEEZING WOMAN seated across the aisle leaning miserably on a tissue-stacked tray table.

Will surveys the packed plane, and rushes toward a FLIGHT ATTENDANT who is busily doing flight attendant things.

WILL: (nervously) “I need to change my seat. I really need to move.”

WILL: “You don’t understand. I’m about to physically exert myself for the next four days. I cannot get sick!”

FLIGHT ATTENDANT: “Sir, I appreciate that, but there aren’t any available seats. Are you going to Los Angeles to run a marathon?”

Will sinks into his seat, flips his hoodie over his head Obi-Wan Kenobi-style, and hopes the Force will protect him. 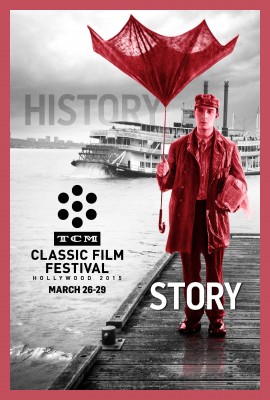 Although it only involves watching, listening, and the occasional sprint across Hollywood Blvd., the TCM Classic Film Festival is as much of an endurance test as any competitive athletic event.

Each spring, Turner Classic Movies packs more than 100 screenings and events into 80 short hours that recapture the spirit of a lost and legendary era. What began as a once-in-lifetime experiment in 2010 has grown into an ecstatic annual pilgrimage that tests the mettle of classic film fans and unites us, however briefly, into a utopian community. It’s like Woodstock for Old Movie Weirdos, with Sid Grauman standing in for Max Yasgur.

In short, this is a thing I cannot miss. And I sure as hell can’t get sick before it even begins.

As one of the privileged few who have attended every year, I’ve learned that a successful TCM Film Fest experience requires elaborate preparation and training. For weeks beforehand I sleep and eat heartily, knowing that both will be in short supply during the four days of TCMFF. I also avoid seeing any movies in theaters – a challenge, since I can often be found haunting New York City revival houses five nights per week. Like a boxer who swears off female companionship, I cleanse my cinematic palate to keep the eye of the tiger, and to retain the flood of narratives my brain will need to process in rapid succession.

And, as a five-year veteran, I had perfected a singularly unforgiving technique: minimal sleep, no sit-down meals (other than popcorn and Diet Coke during screenings), and a determination to see as many movies as (in)humanly possible. Because when your body is exhausted, eating a meal is like getting slipped a Mickey in your bourbon. And I’ve seen enough old movies to know that is something to be avoided.

In past years, when social media friends (many of whom I only see in person at TCMFF) would invite me to take a lunch or dinner break, I’d reject them with dismissive contempt, paraphrasing Warren Zevon: I’ll sleep – or eat – when I’m dead.

But this year, things were going to be different. From the scratchy throat that roused me from sleep like a bill collector on my first morning in Tinsel Town, I knew it was only a matter of time before my debt would be due.

My mind immediately flashed to the classic film noir D.O.A. (1950), and I imagined myself as Edmond O’Brien, pacing through the halls of the Roosevelt Hotel to the TCM production office, accompanied by the music of Dimiri Tiomkin.

“Who was murdered?” Mankiewicz would ask.

I may have been dead on arrival at the TCM Film Fest, but I wasn’t about to go down without a fight. Avoidance of change is inherent to my nature, which may be part of why I still enjoy the same movies my parents introduced me to almost 40 years ago (and also Spaghetti-Os). But, like America in 1933, I was in need of a New Deal.

“Which way to the gym?” I asked the Roosevelt Hotel concierge, uttering words I had never spoken in five years of previous stays.

“It’s right next to the pool. And we’ve got TCM on the TVs!” the concierge bragged, noticing the picture of Henry Fonda on the lanyard dangling from my neck. 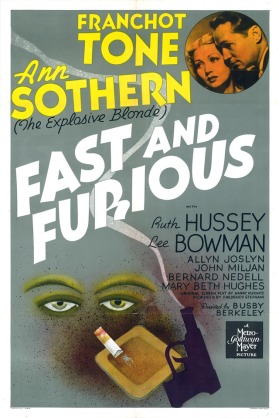 I logged a full hour on the cross trainer on each of my first three days at the Roosevelt, while watching the very channel I had come to celebrate. My Day One workout was accompanied by Howard Hawks’ COME AND GET IT (1936) with “lusty” Edward Arnold and Joel McCrea. Day Two started again with McCrea, this time in FAST AND FURIOUS (1939), which is way better than any of the sequels with Vin Diesel. On the Third Day I rose again, this time to SPRING IS HERE (1930) with Inez Courtney and Frank Albertson. If you’ve never worked out to early Talkies I highly recommend it, especially musicals. It gives a whole new meaning to “sweatin’ to the oldies.”

While I was boosting my immune system with healing endorphins, friends were holding seats for me at the first screening of the morning; Joel secured a center seat for me at the fascinating Dawn of Technicolor presentation at the Egyptian Theater on Friday and Alan at THEY WON’T FORGET (1937) at the Chinese Multiplex on Saturday. This technique earned me the moniker “Save Me a Seat Will”, which I’m sure was meant affectionately.

This year I consumed six sit-down meals with my fellow attendees during the festival, which may not sound like a lot, until you compare it to zero. And on Sunday morning, with one long day to go, I threw a Hail (Typhoid) Mary pass and skipped the first movie for a breakfast of CinemaScopic proportions. All this eating and socializing would have earned me the withering scorn of Past Will (2010-2014), but it allowed me to break bread, consume a beverage, or just chat with a collection of people whose company I really enjoy (again, words I almost never say). 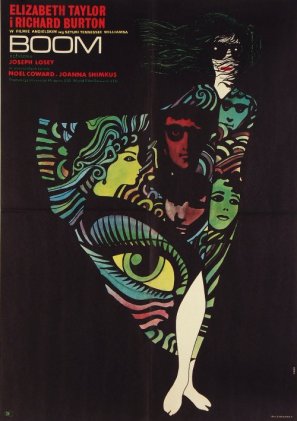 When things looked the most dire, these are the people who had my back. “Fussy” plied me with green tea, brewed in hot water Nitrate Diva negotiated from Starbucks after they had closed. Karen gave me Airborne tablets from her personal stock. And Aurora donated M&Ms when I needed a sugar boost to power through a midnight screening of the memorably awful BOOM! (1968), which Joel shamed me into not skipping. (SPOILER ALERT! It didn’t work; I ended up napping through most of it.)

Against all odds, I remained healthy enough throughout the weekend to close down the wrap party on Sunday night, when Roosevelt Hotel security politely informed me, Ariel, and Chris that we didn’t have to go home, but we couldn’t stay there.

All told, at the 2015 TCM Classic Film Festival, I attended 20 screenings (15 all or part in 35mm), three Club TCM events, three social media meet-ups, and two parties, and sent countless tweets, Instagrams, and Facebook postings. Plus I saw Angie Dickinson, Shirley MacLaine, and Sophia Loren up close and personal (but not close/personal enough to infect them with my germs).

I survived the 2015 TCM Classic Film Festival with the help of my friends. And it’s a group that grows each year, thanks to our shared mania for films most people wouldn’t even watch on TV, let alone fly across the country to see.

“When we started we loved the idea of taking TCM into a new dimension, but also uniting the community and getting people together,” TCM programming guru Charlie Tabesh said at a press conference before the event began. “I think that’s happened. And that community aspect of it is very important.”

A father and daughter from Texas I chatted with on line at the Egyptian before THE CHILDREN’S HOUR summed it up perfectly.

“These movies are pretty much the only thing we agree on,” the sixty-something dad told me, and his daughter’s smile suggested she agreed.

They were just one of many parent/child duos attending the TCM Classic Film Festival together. And there were probably hundreds more parents and grandparents, the people who first said, “Watch this. I think you’ll like it,” who were there with us in spirit.

But like all noir, this story must comes to a sad and violent end. My luck finally ran out on the flight back to New York, and what would turn out to be the worst flu of my life hit me like a ton of film cans. My sneezing and coughing might have attracted more scorn from fellow passengers, if not for the young woman seated across the aisle who kept getting airsick in her Caesar salad container.

Was she my cover or my victim? We’ll never know. But one thing is for certain: in the final act, Chekhov’s gun went off loud and clear. 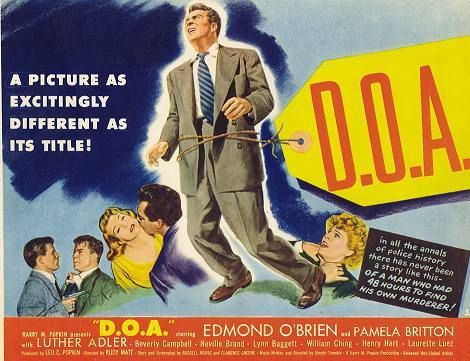 I'm a New York City-based writer, video producer, print journalist, radio/podcast host, and social media influencer. I've been a guest on Turner Classic Movies (interviewed by Robert Osborne), NPR, Sirius Satellite Radio, and the official TCM podcast. My byline has appeared in Slate.com and more than 100 times in the pages of NYC alt weeklies like The Villager and Gay City News. I'm also a social media copywriter for Sony's getTV and a contributor to four film-and-TV-related books: "Monster Serial," "Bride of Monster Serial," "Taste the Blood of Monster Serial," and "Remembering Jonathan Frid."
View all posts by willmckinley →
This entry was posted in TCM Classic Film Festival and tagged 2015 TCM Classic Film Festival. Bookmark the permalink.

15 Responses to Dead on Arrival at the TCM Film Fest