Vote for “Bride of Monster Serial” in the Rondo Awards!

Last year I was honored to be included in Bride of Monster Serial, an anthology of essays about horror films past and present.

Edited by Wallace McBride, the book covers an eclectic collection of 40 fright films, from early Talkies like THE BLACK CAT (1934) with Bela Lugosi and Boris Karloff to contemporary creepers like THE LAST EXORCISM (2010).

This year, I’m even more honored to announce that Bride of Monster Serial has been nominated for a Rondo Hatton Classic Horror Award for Best Book. Founded in 2002, the Rondo – named for the unforgettable character actor who appeared in films like THE BRUTE MAN (1946) – is the only award dedicated to classic horror movies and TV shows and the contemporary media that honors them.

And here’s the best part: the phone call is coming from inside the house!

No, sorry. I mean the winners are chosen entirely by fans! 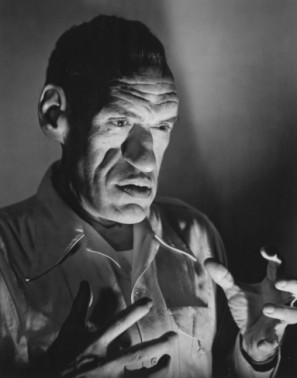 This year’s awards are dedicated to Leonard Nimoy and Academy Award-winning make-up artist Dick Smith, and recognize nominees in 35 categories, from Best Movie to Classic Film Most in Need of Restoration. If you’d like to see all the nominees you can review the ballot here, but you don’t have to vote in every category to participate.

If you’re so inclined, you can cast your ballot for just the following two awards.

All you have to do is copy and paste the entries above and e-mail them to David Colton at taraco@aol.com by midnight, April 19, 2015 (but do it right now, because you’re busy and you might forget).

The latter nominee is McBride’s Dark Shadows blog, a site to which I also contribute on a regular basis (and a winner of a 2012 Rondo).  One vote is allowed per person, and your e-mail must include your name to be counted (so if you’re hiding from the cops you may have to opt out, which I totally understand). And they promise they won’t spam you with emails about obscure DVD releases or requests for dates from guys who live im their parents’ basements.

If you’re interested in picking up a copy of Bride of Monster Serial, it’s available at Amazon and includes the work of  the following contributors:

And to get you in the mood for voting, here’s a clip of Rondo Hatton as Mario the Monster Man in THE SPIDER WOMAN STRIKES BACK (1946) from Universal Pictures with Gale Sondergaard. Thanks for voting!

I'm a New York City-based writer, video producer, print journalist, radio/podcast host, and social media influencer. I've been a guest on Turner Classic Movies (interviewed by Robert Osborne), NPR, Sirius Satellite Radio, and the official TCM podcast. My byline has appeared in Slate.com and more than 100 times in the pages of NYC alt weeklies like The Villager and Gay City News. I'm also a social media copywriter for Sony's getTV and a contributor to four film-and-TV-related books: "Monster Serial," "Bride of Monster Serial," "Taste the Blood of Monster Serial," and "Remembering Jonathan Frid."
View all posts by willmckinley →
This entry was posted in Classic Film and tagged Bride of Monster Serial. Bookmark the permalink.