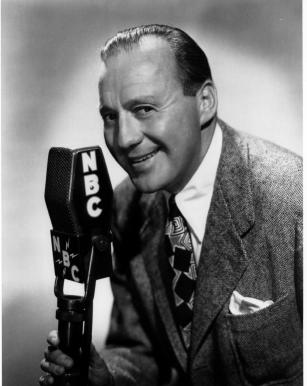 The title character in Sidney Lanfield’s comedy THE MEANEST MAN IN THE WORLD  (1943) is not particularly mean, nor is he particularly funny. But he is portrayed by the otherwise hilarious Jack Benny, with support from radio sidekick Eddie “Rochester” Anderson, and those are reasons enough to pick up this rarely seen misfire, making its long-awaited home video debut on Fox Cinema Archives manufacture-on-demand DVD.

Jack Benny had a confounding career in the movies. After nearly two decades on the Vaudeville stage, the pride of Waukegan, Illinois made his film debut playing himself in MGM’s THE HOLLYWOOD REVUE OF 1929. A series of mostly forgettable movie roles followed, but the comic finally hit his celluloid stride with with BUCK BENNY RIDES AGAIN (1940), a Paramount-produced adaptation of his popular NBC radio show, co-starring boozy bandleader Phil Harris, portly announcer Don Wilson, conniving valet Rochester, dim-witted crooner Dennis Day, and, in voice only, Benny’s wife Mary Livingstone.

The comedian successfully transcended his acerbic on-air persona in his next three pictures: Archie Mayo’s CHARLEY’S AUNT  (1941), in which he appears in drag; Ernst Lubitsch’s TO BE OR NOT TO BE  (1942), with co-star Carole Lombard in her final role; and William Keighley’s GEORGE WASHINGTON SLEPT HERE  (1942) opposite “Oomph Girl” Ann Sheridan. Of these, Lubitsch’s groundbreaking parody of Nazi occupation is generally considered to be Benny’s best picture, and the only one in which his natural strengths as a performer appear to have been taken into consideration.

And then came THE MEANEST MAN IN THE WORLD, which marked the beginning of the end of Jack Benny the Movie Star…