Screening Report: THE MAN IN THE WHITE SUIT (1951) at Film Forum 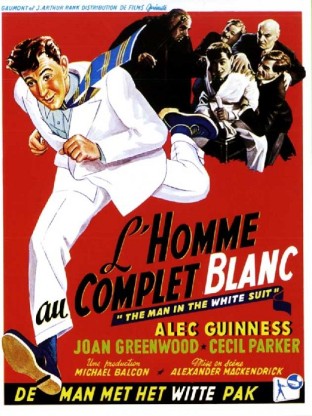 Between 1947 and 1957, Ealing Studios produced a series of droll comedies that remain among the most beloved British films of all time. Robert Hamer’s KIND HEARTS AND CORONETS (1949), Charles Crichton’s THE LAVENDER HILL MOB (1951) and Alexander Mackendrick’s THE LADYKILLERS (1955) are perhaps the best known of the venerable studio’s comedic output before it was sold to the BBC in the mid-1950s. Over the next four decades, the production center on Ealing Green in suburban West London produced filmed segments for TV shows like Monty Python, Alistair Cooke’s America, and the Singing Detective, and later became home to the National Film and Television School. Beginning in 2000, new owners upgraded the 100 year-old facility – the first talking picture studio constructed in England – and Ealing returned to theatrical film work with high profile productions including NOTTING HILL, STAR WARS: EPISODE 2, SHAUN OF THE DEAD and the international TV hit Downton Abbey.

And all the while, the timeless legacy of that magical decade of comedy remained.

Now, thanks to a new digital restoration by StudioCanal, a lesser-known comedic classic from Ealing’s golden era is enjoying a moment in the cinematic sun. Mackendrick’s THE MAN IN THE WHITE SUIT (1951) is now playing at New York City’s Film Forum in a pristine DCP print from Rialto Pictures with a national release to follow, beginning with a January run at Chicago’s Music Box Theater. (Rialto also distributed Ealing’s WENT THE DAY WELL (1943), director Alberto Cavalcanti’s inspirational World War II drama that was the hit of the TCM Classic Film Festival in 2011.)

Loosely based on a play by Roger MacDougall (Mackendrick’s cousin), THE MAN IN THE WHITE SUIT includes a number of the hallmarks that have made Ealing’s comedies so resonant: a common man protagonist who rises up against the establishment; a sharply satirical screenplay tempered with a dash of whimsy; and strong performances by actors not necessarily considered comedians. 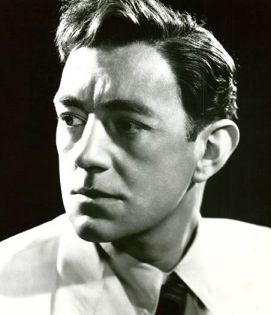 In the fourth of his five comedies for Ealing, Alec Guinness (best known as Obi-Wan Kenobi in the original STAR WARS trilogy) plays Sidney Stratton, a frequently fired young inventor attempting to develop an indestructible synthetic fabric that is impervious to dirt. With a singular focus on making his obsession a reality, Sidney forgets that garments that never wear out or need washing might just turn both Labour and Management against him. Six decades later, in this era of “class warfare,” the unification of the 99% and the 1% as a common enemy feels presciently subversive.

THE MAN IN THE WHITE SUIT begins in a Northern England textile factory, where Michael Corland (Michael Gough, Alfred in the 1990s Batman films) is courting magnate Alan Birnley (Cecil Parker) in hopes of securing both financing and the marital hand of Birnley’s daughter, Daphne (Joan Greenwood). As they tour the laboratory, Corland discovers a gurgling Frankensteinian contraption nobody can identify. It turns out to be the handiwork of Sidney, a dotty Cambridge dropout working as a janitor, but secretly using the facility as his own private research lab. 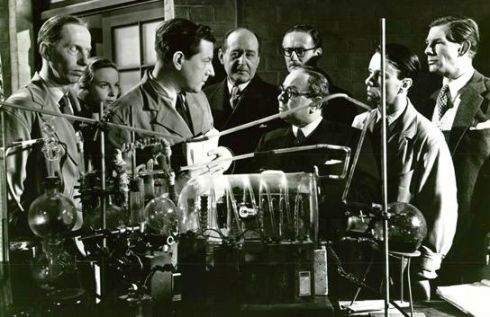 When he is relieved of his duties (yet again), Sidney manages to secure employment at Birnley’s mill, only to begin his experiments anew. There he meets Bertha (Vida Hope), a labour activist who forces him to take mandatory tea breaks in solidarity with the factory workers – the same employees who will likely be pink slipped by Sidney’s invention. After numerous missteps (and explosions, thanks to unstable elements), the experiment bears fruit and Sidney convinces Birnley to back his “long chain molecule” fiber. But before they can make the historic announcement to the press, wizened industrialist Sir John Kierlaw (Ernest Thesinger, Dr. Pretorious from THE BRIDE OF FRANKENSTEIN) shows up to provide an unexpected wrinkle: once you buy indestructible clothing, he reminds Birnley, you never need to replace it. 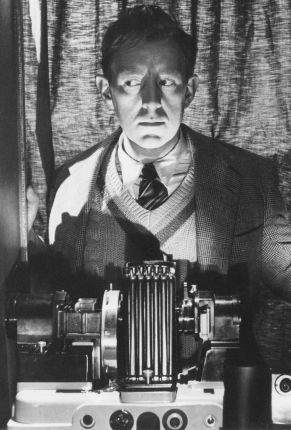 Sidney, clad in his glowing (thanks to radioactive elements in the formula) white indestructible suit refuses to sign away the rights to his formula and is kidnapped – first by the grim-faced One-Percenters and then by the angry Proletariat. He finally escapes, but not before his big plan gets unexpectedly, and permanently, rumpled.

THE MAN IN THE WHITE SUIT is a revelation, a smart, subtle comedy that weaves in a fair amount of social commentary without moralizing. As Sidney, Guinness is absolutely perfect, sporting a sort of befuddled Stan Laurel visage, as he attempts to navigate the real world while perseverating on his passion. And this is where the deft script (adapted in part by Mackendrick) really shines: though Sidney is the hero, it becomes clear that the successful development of his miracle fiber serves no one in particular but Sidney. This places the viewer in the unaccustomed position of rooting for the hero, but simultaneously rooting against his objective. That’s a level of depth not often found in 1950s filmmaking on either side of the pond.

The restoration of THE MAN IN THE WHITE SUIT was released on Region 2 DVD and Blu-ray this week, which is great news for the Brits, but not so much for us. Happily, you can also watch the restoration on demand, courtesy of Lionsgate, on both Amazon and You Tube at the indestructible price of $1.99. 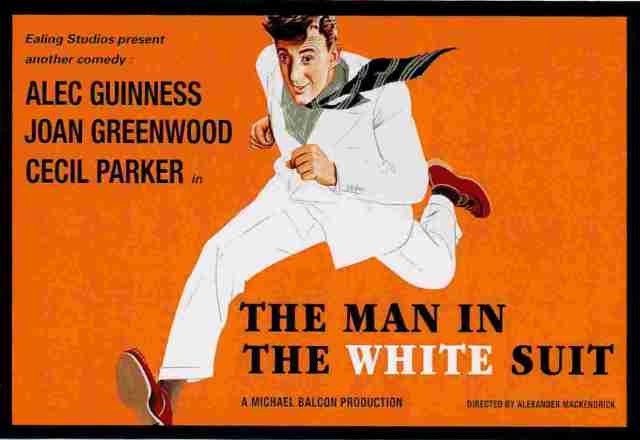 1 Response to Screening Report: THE MAN IN THE WHITE SUIT (1951) at Film Forum